Today's high of 53°, which occurred shortly after midnight, would be the last high in the 50s until Feb. 27.

Today's 3.2" snowfall, from late morning thru the afternoon, was the first of ten snowfalls of three inches or more this winter, a winter that would become, at the time, the snowiest on record, with 60.4".  (It's now ranked fourth.) 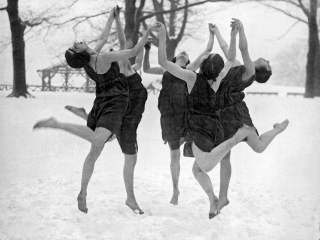 This was the ninth day of the past eleven with temperatures ten degrees or more above average (including seven in a row between Dec. 4-10).  It was also a wet period, with rain falling on eight of the days, totaling 4.25", which accounted for almost all of the month's precipitation.  Today was the rainiest, with 1.46" falling during the morning from a nor'easter that moved in yesterday afternoon (dropping 0.42").  Wind gusts of 35-40 mph were reported.

The winter's first snowfall of an inch or more came during late afternoon, but after 1.4" accumulated, the snow changed to a steady rain as the temperature rose to 37° by midnight.  In total, 1.02" of precipitation was measured. 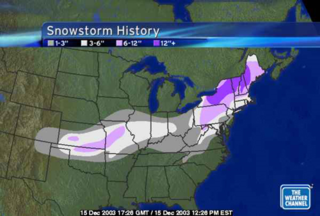 Today's high/low of 24°/14° made this the coldest day of the entire winter, a winter that was on the mild side (especially January, which was 8.8 degrees above average).  This was the earliest date for the coldest day of winter since the winter of 1988-89, when it arrived on Dec. 12.  Today's mean temperature was nineteen degrees colder than average.

It was a bitingly cold day, one of the coldest of the entire year, with a high/low of just 23°/19°.  The first snowfall of the winter fell shortly after midnight, but it amounted to just 0.1".  The last time we had a first snowfall that was so unsubstantial was ten years earlier.

It was a snowy day, with five inches on the ground when the snow changed over to freezing rain around 9 PM, and to plain rain by midnight.  The transition occurred as the temperature rose from 22° at 8:30 PM (the day's low) to 34° shortly before midnight (day's high).  This storm was somewhat similar to the one on this date 10 years earlier.

The day after a record high and a record mild low were set (67°/55°), today's high/low of 67°/53° tied the records for the date.  After foggy/overcast conditions during the daylight hours, there was a period of heavy rain between 7-8 PM (amounting to 0.33").  Temperatures then rose, with the record-tying high temperature occurring shortly before midnight.  Today, and the previous two days, were 23 degrees above average.

The rainstorm that moved in yesterday at mid-afternoon continued overnight and ended around 8 AM today.  1.96" of rain was measured (0.81" yesterday, 1.15" this morning), bringing the month's precipitation over five inches (5.04"), making this just the third December to have more than five inches in the first two weeks of the month (1983 and 1996 were the other two years). 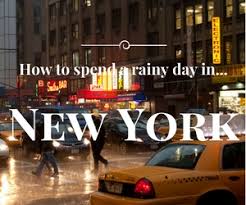 On a day with clear skies and above average temperatures (high/low of 53°/44°), the humidity level dropped to 20% at around 5 PM - the lowest level reported in December this century.  The previous low point in December was 21% in December 2006. 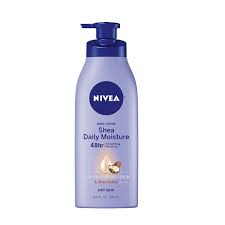 when was the last time (before December 2021) any day at all had a humidity level that was 20% or lower?

Correction, the last time with a lower humidity reading was this year - 7% on April 6.