The season's first measurable snow fell during the afternoon into early evening, accumulating 3.9".  This amount was a record for the date (which still stands), and would be the biggest snowfall of the winter.  Besides snow, there were also periods of sleet.  Throughout the afternoon the temperature hovered around 29°.

The mercury plummeted from 58° shortly before daybreak to 18° by midnight.

The biggest snowfall of the winter of 1952-53, an accumulation of 4.5", fell over the course of two days.  It was a sloppy snowfall, with snow changing to rain today after 2.3" fell, before changing back to snow tomorrow during the morning, when an additional 2.2" accumulated. 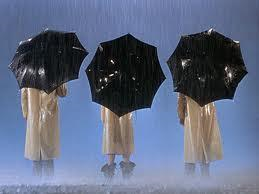 The first snow of the winter fell this morning, the earliest date in eleven years (when it occurred on Nov. 28).  This morning's low of 20° was the coldest reading of the entire month.  However, the 1.4" accumulation was washed away tonight when rain moved in around 10PM.

A sloppy early winter storm gave Central Park its first measurable snowfall of the season.  After a morning of rain, a changeover to light snow occurred around noon, and by midnight 1.3" had accumulated (an additional 0.3" fell overnight).  The accumulation might have been greater if the temperature hadn't been stuck at 33° for much of the afternoon (and not falling to 32° until after 8 PM).  This snowfall was about a week earlier than the typical first measurable snow, but three weeks earlier than the average date of the first snowfall of an inch or more. 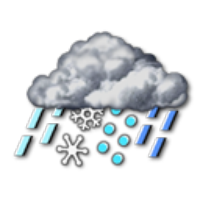 How about the nice sunny (albeit a little cold) Saturday on December 2nd of 1995, which broke a streak of what I believe was over 10 consecutive rainy Saturdays? I was in 1st grade and was on a kids Saturday soccer team that literally had every game rained out. We all got our money back.

Thanks for sharing your memories!

Did you think we will break the daily record today?

The season's first measurable snow fell during the afternoon into early evening, accumulating 3.9". This amount was a record for the date (which still stands), and would be the biggest snowfall of the winter. Besides snow there were also periods of sleet. Throughout the afternoon the temperature hovered around 29°.

Based on the amount of liquid precipitation that fell after the changeover to snow occurred (0.43"), the record could have been challenged but it was difficult for the snow to accumulate as the temperature was stuck at 33 degrees all afternoon thru 8PM so just 1.3" was measured. This was somewhat similar to what happened during the winter storm earlier this year on 3/3-4, when 0.82" of liquid produced 5.0".