Ten inches of heavy snow piled up after precipitation started as rain.  As the temperature dropped below freezing (from a high of 36°), the rain changed over to snow.  Total liquid precipitation for the day was 1.92".  (Both amounts are records for the date that are still standing.)

Today's rainstorm was the third in the past three weeks to produce more than an inch of rain, and the sixth with more than half-an-inch.  Beginning last night, more than half of the 2.08" that fell poured down between midnight and 3 AM today.  In total, seven inches of rain fell during these three weeks, making this, at the time, the wettest December on record (it's now ranked third).

Today's high was a teeth chattering 25° (seventeen degrees colder than average), and was the first high of freezing or below of the season.

This was the 22nd consecutive day with no measurable precipitation.  This dry spell began at the end of November, a month in which 8.90" of rain fell.  December would end with just 1.13" of precipitation.

Brrr, today's high/low of 21°/11° was twenty degrees colder than average and was the coldest day of the month.  (The temperature had fallen from 47° yesterday afternoon.)  This was the coldest day in December in eleven years, since a high/low of 20°/10° on Dec. 27, 1993.  It was also the first day this winter to be completely below freezing.  Additionally, 0.5" of snow fell in the wee hours of the morning. 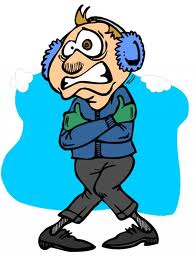 It was a cold day under slate gray skies, with just three degrees separating the high and low (33°/30°).

Light rain moved in during the evening, making this the record-setting 153rd day this year with measurable precipitation, breaking a tie with 1996.  And there would be five more days of precipitation (all rain) before the end of the year (which amounted to nearly four inches).

Hi Rob. Can you check something for me if you have the data? December 20 was my late Mom's birthday. My sister and I were discussing today one year, probably in the early 80's. We took her out to Dinner in Brooklyn for her birthday and when we got out it was snowing with an inch or two on the ground.

It's a fond memory for us because Mom was always nervous about us driving in the snow, but this night, after a few glasses of wine she actually asked me to drive her around to look at Christmas lights in the snow. We were trying to narrow down the date, possibly as early as 1979, but not later than 1982.

Thanks Rob, and Happy Holidays!

Hi Again Rob. Thanks for doing the research, even if it did throw a curveball into Family Lore. It certainly must have been December 19,1979. Re-thinking it, it may have been a late lunch, I do recall a couple of Mom's Church-lady friends joined us...not a nighttime crowd. It's conceivable that we left the restaurant around 4:15, it was already getting dark, and there were still flurries in the air in Bay Ridge. Thanks again.

That's a nice story, thanks for sharing it. I have a soft spot in my heart for this snowfall because it was the first I experienced as a New Yorker. Actually, I was living in Bayonne, NJ at the time, but I worked in Manhattan; I moved to Manhattan at the end of February 1981. My first snowfall as a NYC resident was the 8.6" snowstorm of March 5, 1981.