Beginning today, and continuing through Jan. 4, record lows were set on seven of the eight days - and all of them are still standing.  (Only 1/3, with a low of zero, didn't set a record.)

Today's high/low of 30°/12° made this the coldest day of the entire winter.  And there would be just one more day this winter with a sub-freezing high (on Feb. 2).

The 0.35" of rain that fell this morning was the last day measurable precipitation fell this month, bringing the month's total to 3.04" - the same amount as last December.

The year's last measurable precipitation fell just after midnight.  The year's total of 32.99", ten inches below average, made this the driest year on record (the previous driest year was 1910).  The record, however, lasted just one year as 1965 would be even drier, with just 26.09" measured in Central Park.

The 0.1" of sleet that fell overnight was the last measurable precipitation of the month (and year).  At just 0.58", this was the second driest December on record (behind Dec. 1955).

Three days after a morning low of 4° above zero, today's high temperature rose to 55°.

After a nine-day period from Dec. 10-18, when temperatures averaged nearly 11 degrees colder than normal, temperatures rebounded and the next nine days (today was the last) were eight degrees milder than average.

Today's 7.2" snowfall (which began late last night) was the first snowfall of the winter, the largest accumulation in nearly four years (since January 1987), and the biggest December snowfall since 1960.  Snow ended shortly before 11 AM.

Today's high of 65° was a record for the date, 25 degrees above average.

I was visiting my mother in Pittsburgh for Christmas, which was unaffected by the East Coast blizzard of 12/26-27.  However, I felt its impact today, the day I was scheduled to fly back to New York, as most flights were still cancelled; mine was no exception.  However, Jet Blue chartered a luxury bus to JFK Airport.  The trip took eight hours, but at least I got back home on the day I was supposed to (albeit at 1 AM). 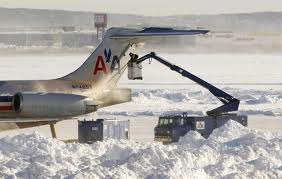 Today was the sixth day in a row in which the mean temperature was 10 degrees or more above average, the longest such streak since one of eight days in March 2012.  Today's high/low of 54°/43° (under mostly overcast skies) was also the average high/low of the past six days.  These six days were 14 degrees milder than average.

A steady rain that fell mostly during the daylight hours measured 1.15", bringing December's total precipitation over five inches, the eighth month this year with five+ inches - the most on record for any year.  This was the third rainstorm of an inch or more since 12/16.  Besides the rain, today was also unseasonably mild, with a high of 60° (quite a contrast from a year ago).

A great observation! And although only one day in December since 1970 has had a colder high than today's (13 degrees, on Dec. 25, 1983), fifteen days have had colder lows.

2018 experienced another unprecedented occurrence, fifty days with a half inch or more of precipitation. February (six days, tied with 1869), August (eight days, tied with 2011) and November (seven days, tied with 1889 and 1972), in particular, set new records for their respective months. the previous annual record for the most days with this much precip was forty-seven set in 2003.

typically, a calendar month (regardless of which one) has two or three days with at least a half inch of precipitation, and a calendar year has two to three dozen such days.