The morning low was six degrees below zero, the coldest reading in New York since February 1918.  Temperatures were sub-zero for ten hours (from 11:00 last night thru 9:00 this morning).  And although this was one of New York's coldest readings, it would be easily topped six weeks later by a low of -15°, Central Park's coldest reading of all time.  And as frigid as this morning's low was it was far from the record for the date, which was -13° set in 1917.

Arctic cold descended upon the New York area shortly after midnight and temperatures plunged from the mid-30s to single digits by 6 PM (it was 5° just before midnight).  Winds gusted between 35 to 45 mph throughout the day, producing nighttime wind chills between -15° to -20°. 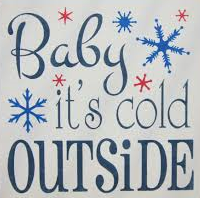 Between Dec. 7 and today, temperatures were close to eight degrees above average.  Thirteen of these days, including today (high/low of 51°/38°), were ten degrees or more above average.  0.52" of rain fell between 10 AM and 3 PM - the first measurable precipitation on this date since 1958 (when just 0.01" fell).

It was reported today that the year's extraordinary, and record-setting, amount of precipitation (totaling 80.56") was most likely the result of a malfunctioning rain gauge in Central Park beginning in May.

Although it was five degrees "cooler" than yesterday's balmy 70°, today's high of 65° was still warm enough for another record high.

Yesterday's three-inch snowfall was followed by an Arctic blast, and today's high of 21°/low of 8° made this by far the coldest day of December.  These readings were 20 degrees below average.

This was the 32nd day in a row with below average temperatures, a period in which readings were close to 11 degrees colder than normal.  However, despite these ice-box conditions just 1.4" of snow fell during the month.

A foot of snow fell today.  Not only was it a record for the date, but the most snow since the blizzard of January 1996, and the biggest December snowstorm since 1960.  The snow fell in an eight-hour period between 5 AM-1 PM.  (That's me in the photo.) 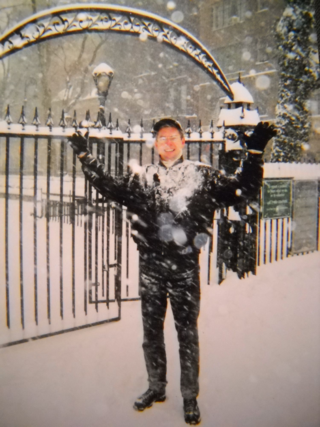 In the midst of New York's mildest December on record (until 2015), today was the first day this winter with a high temperature of 32° or colder.  There would be just two other such days for the rest of the winter (the average number is 17).

Rainy and cold, with the temperature hovering around 40° for much of the day.  Rain that moved in yesterday evening continued for a little more than 24 hours, amounting to 0.99" (0.74" of it fell today).  In the waning hours of the storm gusty winds kicked in, with a peak gust of 39 mph.  This rain brought December's precipitation total to 7.07", making it not only the rainiest month of the year (passing May's 6.82") but also placing it among the 10 wettest Decembers, tied for fifth place with Dec. 1969 (and the tie would be broken tomorrow evening when passing showers produced 0.02").  By coincidence, last December also placed among the ten wettest (now ranked ninth). 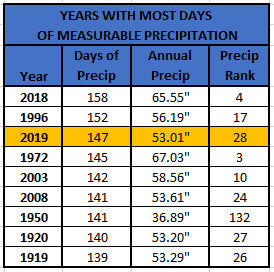 I would like to share additional details about the rain system on December 30, 2019. The rain may have been gentle in New York, but around mid-afternoon in Connecticut and Massachusetts, a severe band of thunderstorms suddenly developed in the middle of an unstable upper atmosphere. Several towns in western CT and MA experienced thunder, lightning, rain, sleet, ice, and hail all at once. I was visiting my family for Christmas/New Year, and this storm was the most shocking, unexpected storm I had ever seen. (Google search for “December 30, 2019, ct thunderstorm” and the Washington Post has a story reporting on this storm as it was happening.)