A snowfall of seven inches ended up being the biggest snowfall of the winter.  The day, with a high/low of 33°/19°, would also be the coldest day of the month.

A major sleet storm, that amounted to a 2.1" accumulation of ice pellets, began around lunchtime.  Temperatures were mostly in the mid-twenties, and howling winds gusted close to 40 mph, producing wind chills in the single digits.  In the few hours leading to midnight the temperature approached the freezing mark and rain mixed with the sleet.  In total, 1.07" of liquid precipitation was measured. 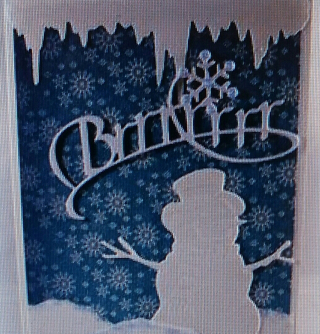 This was the sixth, and last, day of an early Arctic outbreak.  The average high/low of 30°/20° was sixteen degrees below average.

Snow that started falling late last night continued overnight, and after a five-hour break resumed later in the morning, for a total accumulation 8.0".  The flakes came down heaviest between 11 AM and 2 PM, when they fell at a rate of an inch per hour.  This was the most snow to fall so early in the season since 1938, when 8.8" piled up on Nov. 24-25.  And it was the first of six snowfalls of four inches or more this winter.

More typical of late May, today's high of 74°, twenty-seven degrees above average, was a new record for the date.  (And four days later the high would reach 75°, another record.)

Today's high of 32° (after a low of 20°) made this the first day of the winter with a maximum temperature of 32° or colder, two weeks earlier than average.

The first measurable snow of the winter fell on this Sunday morning as 2.5" accumulated between 3-9 AM.  Then it changed to a light drizzle for a few hours before ending during lunchtime.

With a high/low of 39°/32° this was the fourth day in a row in which the temperature never got out of the 30s.  This was the longest such streak since one of five days in January 1998.

I remember the 1982 record high of 72 degrees. It was on a Saturday and some friends and I were on a pub crawl in Manhattan. By the end of the day we were in shirtsleeves. At the time I recall it being only the 2nd time ever for a 70 degree reading in December. I think you did a study on warm December days at one point.

Regarding the 1927 entry, turns out that 2.1" of sleet was the only measurable "snow" that fell the entire month (just traces on other days).