This was the eleventh day in a row with a high of 32° or colder.  The average high during this streak was 26°.  This chill, however, would end on New Year's Day when the temperature rose into the low 50s after nightfall.

On the night of the first ball-drop in Times Square, the temperature was in the mid-30s under fair skies.

The year ended on a bitterly cold note, one of New York's coldest days on record, as the high/low was only +6°/-7°.  When the ball dropped in Times Square the temperature was one degree above zero - by far the coldest ball-drop temperature (the second coldest reading, 9°, occurred 100 years later).  And the wind chill was around -20°. 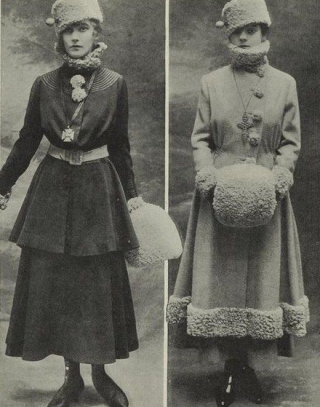 Today's high was 29°, making this the eleventh day in a row with a sub-freezing high temperature.  The average high/low during these days was 26°/16°, fourteen degrees below average.  (Later in the winter, in February, there would be a twelve-day streak with highs of 32° or colder.)

This was the rainiest as well as snowiest New Year's Eve on record as the temperature fell during the day from 52° to 25°.  Total precipitation was 1.40" and four inches of snow fell during the evening (and an additional 1.5" fell after midnight).  The second half of December was, like today, very wet and snowy, with six inches of precipitation measured, and 25.3" of snow.

With a high/low of just 13°/4° (25 degrees below average), this was the second coldest New Year's Eve on record (as mentioned earlier, 1917 was the coldest).  The cold was made even more bitter by high winds that gusted between 35-45 mph.  When the ball dropped at midnight in Times Square the temperature was 11°, with a wind chill of around 15° below zero.  This last day of 1962 was the coldest of the entire year, much colder than Feb. 11, the second coldest day, which had a high/low of 25°/4°.

December ended much like November, with light snow falling from mid-afternoon to a little past midnight on New Year's Day.  In total, 3.3" fell, with three inches of it accumulating today.

High temperatures over the past ten days ranged between 30°-34°, about eight degrees colder than average.

Today was the nineteenth day this month to have measurable precipitation (0.36" fell), the most for any month in the 20th century (tied just five months later in May 1973, and many years later in May 2019).  The temperature rose throughout the day, and when the ball dropped in Times Square it was a very mild 59°.

It was a raw and damp end to the year.  Between 11 PM and midnight 0.05" of rain fell, and the temperature was 33° when the ball dropped in Times Square.  Today's 0.29" of rainfall brought the month's total precipitation to just under ten inches (9.98").

Showers moved in after dark, and between 11 PM and midnight 0.05" of cold rain fell.  When the countdown to 1976 took place, the temperature was in the mid-30s.  This was the fourth year in a row to have rain falling when the ball dropped at Times Square.

After a quite cold morning low of 15°, the temperature rose to 40° by midnight.

The temperature rose to a very mild 61°, one degree warmer than last year, and the mildest reading on the last day of the year since 1965's record of 63°.

It was a very cold end to the year as today and the past five days averaged 11 degrees below average (high of 27°/low of 16°).  This frigid trend would continue in January.

A cold front moved through during the afternoon and by midnight the temperature had plummeted to 15°, with a wind chill near zero.

The year ended with twenty-one days in a row with above average temperatures, which averaged 12 degrees milder than normal.  During these days no temperature of freezing or colder was reported.  This was also just the second December to have no measurable snow, nor even a "trace".

This morning's low of 18° was the coldest on this date in ten years.

1.5" of snow fell, the first measurable snowfall on New Year's Eve since 1967, when three inches accumulated.  2009 was the seventh year in a row with more than 50 inches of precipitation.  The average over these years was 56.40", seven inches above average.  This December's total precipitation of 7.27" surpassed the previous December's 6.62", making it the wettest since 1973.  (Dec. 2009 and 2008 both ranked among the ten wettest)

The year ended on a mild note, with a high of 54°/low of 46°, the tenth day of the month in which temperatures were ten degrees or more above average.  Today was sixteen degrees above the norm.  The month ended up being the fourth mildest December on record (now ranked sixth).  It was also just the third December since 1900 to have no measurable snow, or even a "trace" (the second such December was five years ago).

The coldest reading of the entire year occurred tonight when the temperature fell to 9° shortly before midnight (wind chill was -5°).  This was the second coldest reading for the ball-drop at Times Square, besting 1962's temperature by two degrees (2017 was also the 100-year anniversary of the coldest ball-drop reading).  Today, with a high/low of 20°/9°, was the sixth day in a row with a high colder than 32°, and the fifth in a row colder than 25°.  The last time New York experienced this many consecutive days with highs of 25° or colder was in January 2004. 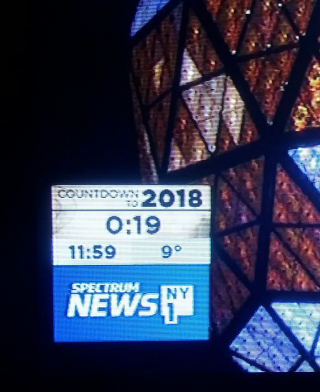 Light rain that moved in mid-afternoon became a soaking rain after 7:30.  Not only was this the first New Year's Eve since 1994 in which rain fell during the ball drop in Times Square, it was also the wettest New Year's Eve since 1948.  This was the fourth day since 12/16 to have more than an inch of rain and it brought December's rainfall well above six inches (no measurable snow fell this month), making it the fifth month of the past six to have six inches or more.  Finally, today's 1.02" rainfall moved 2018 up to fourth place on the all-time list of wettest years (65.55", more than fifteen inches above average). 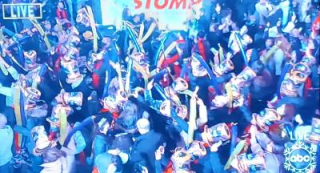 i don't know if you wrote this somewhere but 0.23" of precipitation fell on this date in 2009, bringing the year's total to 53.62". just 0.01" more than in all of 2008. i wonder if there was another set of consecutive years where the yearly precipitation totals were this close together.

in terms of their snowfall amounts, what's the closest that any two consecutive winter seasons have been to each other?

This could be the first ball drop since 1994 to be raining during it, but we'll see....

Hi Harry, thanks for catching that - it's been updated.

also in 1967, this was the first time measurable precipitation fell on this date since 1952, when 0.30" fell (which produced three inches of snow).

What's the closest that any two consecutive calendar years have been to each other in terms of their snowfall amounts?

I haven't compiled snow totals by calendar year, but perhaps a reader of the blog has done so and can share it.

Hi Rob. First of all, Happy New year and thanks for the Blog all year!

I know I've seen your New Years Eve entry before since I've been following your blog for several years now, but I just noticed that you have no entry for 1965, wasn't that the warmest ball-drop ever, or close to it?

It's on my mind because last night I had a video chat with an old friend whose birthday is today and we were discussing his 17th birthday/New Years Eve party, 12/31/65. We both remembered how warm it was sitting outside in Brooklyn. But mainly it was only the 2nd time either of us got drunk....

And wishing a happy new year to you as well, Ken! And thanks for sharing your memories from a number of days of interesting weather events. Although I didn't make explicit mention of 1965, it was mentioned in the entry for New Year's Eve 1992.