A History of Rainy Days in New York City 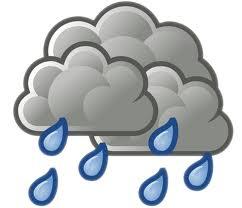 April 2019 and May 2019 have the distinction of being the only instance of consecutive calendar months with each of them having 18 (or more) days of measurable precipitation. however, they didn't produce a lot of rain, with only a combined amount of ~10 inches of rain. by comparison, the rainiest two month period on record is 28.34" in August-September 2011, while Aug. had 14 rainy days and Sep. had 12 rainy days.