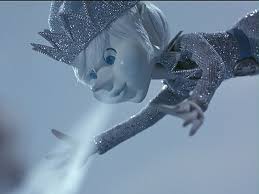 This was the fourteenth day since Dec. 22 to have measurable precipitation.  And on nine of the days the precipitation fell as snow, which amounted to 9.1".  Today also had the coldest reading of the winter, one below zero.  (Today's light snow would be the last accumulating snow until the last day of February.)  This was one of eight days this winter with a low colder than 10°.  Today's high of 14° was one degree higher than yesterday's.

The morning low of 3° made this the coldest reading of the winter.  And, similar to 1968 on this date, the high recovered to just 14°.

With a high/low of 25°/16°, today was the first day of the winter that was completely below freezing.  It was only the fifth time this century that it occurred in January (it would happen five more times in the next 30 years).  At the time, only the winter of 1975 recorded a later date for the first high temperature of 32° or colder, which was Jan. 14.  (Two years later, in 1987, that record was broken when the first such high didn't occur until Jan. 20.)

Although snow that fell this morning amounted to just 1.5", it was magnified by the fact that it was more than predicted and fell during the morning commute (6-9 AM).  During the afternoon the temperature rose to 33°, the first time it was above freezing in four days.

Shortly before daybreak the temperature rose above freezing for the first time this year - and for the first time since Christmas Day.  This 14-day streak of sub-freezing temperatures was the longest such streak since the winter of 1961's 16-day streak, and the third longest streak on record (the winter of 1881 had a cold wave that lasted fifteen days).  Additionally, only January 1918 had a colder start than January 2018.