This was the tenth day in a row with sub-freezing highs (including five days in a row with lows in the single digits).  The average high was 22°, and they ranged between 8° and 31°.   There was one snowfall during this cold stretch - five inches on Jan. 9. 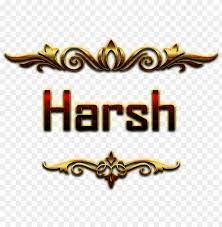 This was the tenth day in a row with highs of 45° or warmer (the mildest reading was 58° on 1/7).  The average high during these days was 50°, twelve degrees above average.

This was the third day in a row with extraordinarily mild temperatures.  Today's high/low was 67°/48°, yesterday's was 70°/55°, and the day before that it was 68°/56°.  All three high temperatures, thirty-one degrees above average, were records (which are all still standing).

Today's high/low was a frigid 12°/0°, making it the coldest day of the winter.  Light snow moved in after dark and continued until early afternoon on the 16th, accumulating 4.9" (two inches fell today).

A predicted snowstorm failed to materialize as temperatures stayed above freezing (the day's high/low was 36°/33°).  The combination of drizzle and wet snow (one inch) that fell between mid-morning and mid-afternoon amounted to 0.65" of liquid precipitation in Central Park - the first measurable precipitation to fall on this date since 1962.  This would have produced about a half foot of snow had the temperature been a few degrees colder.  Although suburbs north and west of the City received significant snowfall, snow lovers in the City would have to wait another month for a substantial accumulation (i.e., the blizzard of Feb. 11-12).

Today's high/low of 24°/8° made this the coldest day of the winter, 16 degrees below average.

This morning's low of +5° was the coldest reading of the winter.  In fact, seventeen of the past eighteen days had below normal temperatures, with an average high/low of 31°/17°, eight degrees colder than average.  Ten days had low temperatures of 15° or colder.

The morning low of 21° was forty-one degrees colder than yesterday's afternoon high.

The day's high/low of 18°/2° made it the second coldest day of the winter, just behind the 15°/1° five days earlier.  Snow that started falling last night (accumulating 2.5") ended just before daybreak today and added 3.2" of accumulation.

For the first time this year (and since 12/29) the temperature dropped below freezing - and the following nineteen days in a row would also have lows of 32° colder (as well as eleven of the high temperatures).  This was the deepest into the year for the first low of 32°.  Today's low of 26° was forty degrees colder than yesterday's high.

After a light snowfall during the morning (one inch fell), the afternoon was clear and quite cold, with a high temperature of only 22°.  These were the conditions US Airways Flight 1549 encountered when it made its famous "miracle" landing on the Hudson River in the middle of the afternoon. 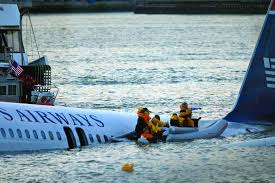 It was a dreary and raw day, with just three degrees separating the high (38°) and low (35°).  A mix of rain and sleet moved in after 9 PM, while outlying suburbs in New Jersey, Westchester Co. and Connecticut had a sleet/snow mix.

Today's high of 30° was the nineteenth so far this winter that was 32° or colder, the most by mid-January since the winter of 1981.  The typical number for an entire winter is seventeen.  In the past 100 years only three winters have had more freezing or colder high temperatures by this date. But after today, there would be only two more such highs for the rest of the winter. 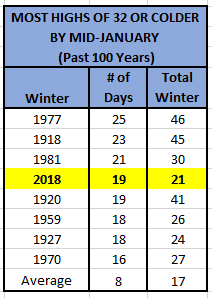