A winter storm brought heavy snow, sleet, and gusty winds.  After beginning as light rain late last night, nine inches of snow piled up this morning (mostly between 3:00-9:00), and the afternoon saw an onslaught of sleet that was propelled by winds blowing at 25-35 mph, producing wind chills in the single digits (the air temperature was in the mid-20s).  The sleet accumulated 2.5".

As a snowstorm moved up the East Coast during the evening (dumping 10" of snow by noon on Jan. 20), a mass of Arctic air was moving over the Northeast.  This high pressure system would remain entrenched for more than two weeks and result in a record sixteen consecutive days (thru Feb. 3) in which the temperature never rose above 29°.  This was the same snowstorm that crippled Washington, DC the day before JFK's inauguration. 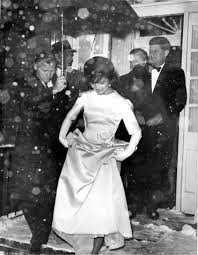 The morning low of 4° was the year's coldest reading.  (However, the day with the coldest mean temperature would be Feb. 1, when the high/low was 12°/7°).

Snow began falling after 8 PM, and by midnight 2.5" had accumulated.  By the time it ended in the early afternoon of 1/20, 13.6" had piled up, making it New York's biggest snowstorm in nine years.

A high/low of 21°/12° made this coldest day of the winter, fifteen degrees below average. 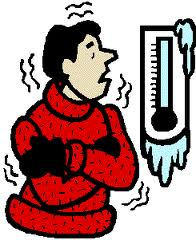 0.86" of rain fell during the afternoon, with most of it (0.64") coming down in just an hour (3-4 PM).  Rain throughout the Mid-Atlantic states produced disastrous flooding, as it fell on top of the deep snow pack left behind from the blizzard of two weeks ago.

Today's high/low of 20°/4° made this the coldest day of the winter.

The typical snow season in New York lasts about three months (from mid-December to mid-March), but this winter it lasted less than two weeks.  Today's three-inch snowfall was the last measurable snow of the season, and came twelve days after the first (when 0.5" fell).  For the entire winter, just 3.5" fell, the second smallest amount of any winter (the least was during the winter of 1972-73 when only 2.8" fell.)

After four consecutive winters with 40+ inches of snow, this winter's first measurable accumulation fell this morning - one of the latest first snowfalls on record.  Just 0.3" fell, shortly after sunrise. 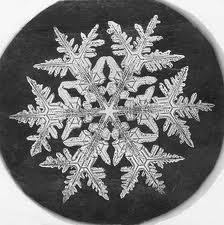 Today's and yesterday's high temperatures of 41° were the mildest readings between Jan. 3 and Feb. 4.

2020 was the first time since 1990, and just the ninth time overall, where January had no highs of 32° or colder in the first nineteen days of the month.

Sometime during that 1961 cold spell I took the Stuyvesant HS entrance exam. I remember discussing the record cold outside of the school while waiting to go in. It was snowing, but only a couple of inches and it did not disrupt my subway trip into Manhattan from Brooklyn. A trip I would repeat many times over the next 4 years...I got in!