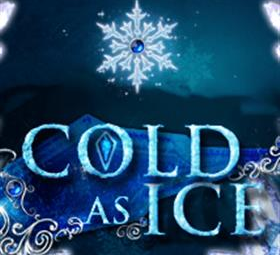 Most of today's 2.18" of rain fell during the afternoon.  It was the second record-setting rainfall in the past three days.  With today's rain, this became the wettest January on record, passing last January's total of 8.27".  The month would end up with 10.52".

This was the eighth day in a row with temperatures 10 degrees or more above average.  The high/low during these days was 51°/38°, fourteen degrees above average.  Today's high was 60°, with 1.04" of rain falling during the daytime hours.

A fast-moving system dropped 3.6" of heavy, wet snow overnight that was over by 7 AM.  This amount was on the low end as most New Jersey and Westchester County suburbs received between five and seven inches.

Rain started around daybreak and continued thru mid-afternoon, amounting to 1.33" (the rain fell heaviest during lunchtime).  This was the sixth rainstorm to drop more than an inch of rain in the past six weeks.  During this period more than nine inches of rain fell.  In addition to the rain, today experienced very mild temperatures as the high rose to 59° late in the morning (but fell to the mid-30s by midnight).  This came just three days after a low of 4°.  Today was also the first day in two weeks not to have a low of 32° or colder.

also in 2019, the streak of two weeks with a low of 32° or colder was the longest of this kind in January since 2014 (when the streak happened in the final two weeks of the month). however, the last time January had a longer such streak was in 2011, when the streak lasted from January third to January eighteenth.

I remember the 1970 cold spell, especially earlier in the month. I'd read the NY Times weather page stats every day and marvel at how widespread the extended cold spell was. Low teens and single digits in the deep South, well below zero thru the Midwest, etc. I'm not sure I recall another cold wave that was so widespread and of such long duration.

2021 joined 1932 and 2002 as the only three winter seasons in Central Park history with no daily low temps in the teens or colder through this date.

I remember this as well, mostly because of the frustration I experienced when overnight cloud-cover prevented the temperature from dropping to -10 and colder as had been predicted (this was in Pittsburgh). The coldest it got was -6, and other day's lows were around zero. However, I'd get my fill of bitter cold in January 1977, when there were lows between -15 and -20.