This was the sixteenth day this winter to receive measurable snow, but just the first to have an accumulation of an inch or more.  However, the 1.6" that fell during the first half of the afternoon changed to rain and was washed away.  (A more substantial snowfall, of 4.4", would occur two days later.) 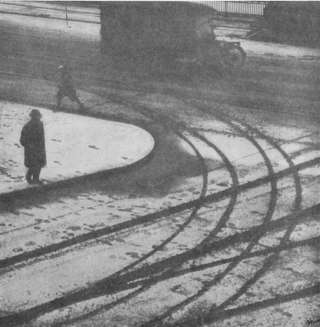 In less than 24 hours the temperature dropped from 41°, at 4:00 PM yesterday, to zero degrees this morning at 10:00 AM.  Temperatures stayed in the single digits, or colder, for 31 consecutive hours - and they were between +1° and -2° for 17 consecutive hours (on Feb. 1).  This was also the tenth day this month to have a low in the single digits or colder - the most of any January (a record that still stands).

This was the seventh day this month (all since 1/13) to have measurable snow, and like all of the other snowfalls, it amounted to less than an inch.  (Total snowfall for the month was 2.9".)

The last eight days of the month experienced the quintessential "January thaw" as the average high/low was 57°/38°, sixteen degrees above average.  Today's high was 63°.

Today's high of 29° was the "warmest" temperature during an unprecedented 16-day cold wave that that began on Jan. 19 - and would continue for three more days.  Since that date, temperatures were 15 degrees below average (high/low of 23°/10°). 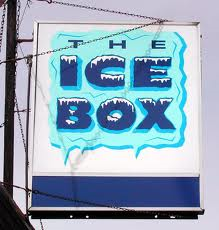 The 0.9" of snow that fell today was the most to fall on this date since 1949 (when 1.0" accumulated).  It fell upon the arrival of an Arctic front that moved through late in the morning.  Today's snow brought the month's total snowfall to 26.1", making it, at the time, the second snowiest January on record (it's since fallen to third).

Although the first five days of January were 15 degrees milder than average, this ended up being the coldest January since 1977.  Twenty of the past twenty-five days had high temperatures of freezing or colder; this period was 11 degrees below average.  And today was no different, with a high/low of 28°/15°.

Only a trace of snow fell this month, tying 1933 as the second least snowy January on record (no snow fell in January 1890).

This was yet another month with above average temperatures, the tenth in a row and the longest such streak since 1999, when there was one of twelve months (beginning August 1998 through July 1999).

A ferocious rainstorm swept through New York overnight, with wind gusts between 45-60 mph common throughout the region.  Besides wind and rain, very mild air surged ahead of a cold front, pushing the temperature up to 61° shortly before 2:30 AM.  Although the worst of the storm had moved out by 7:00 AM, high winds continued for the rest of the day, and by evening the temperature had fallen by 25 degrees.  The 0.94" of rain that fell in Central Park (0.04" fell last night) was the same amount that fell during Superstorm Sandy back on Oct. 29-30 (but over considerably fewer hours).

This was the 20th day in a row in which no low temperature was duplicated.  During these days lows ranged between 5° and 44°.

Until this evening, the month was set to become one of the five least snowy Januarys on record, with just 0.1" measured.  However, the first flakes from an approaching snowstorm moved in after 6:00 PM, and by midnight two inches had accumulated.  This was the most snow to fall on this date since 1898 (when five inches piled up).  The 2.1" that fell this month made it the third January in a row with well below average snowfall (Jan. 2019 had 1.1", Jan. 2020 had 2.3"). 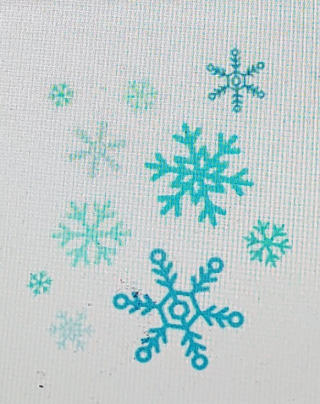 We know February will have above normal snow!