Too Cold for Snow? Temperatures During New York City Snowstorms 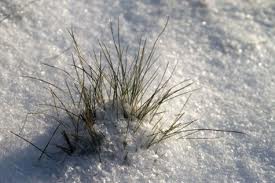 Part of a snowstorm's "personality" is shaped by the air temperature it finds itself in.  Very cold air produces powdery snow that can be easily blown into drifts; when temperatures hover around the freezing mark, snow is usually heavy and wet, a challenge to shovel but perfect for making snowballs.  Since 1960, the coldest temperatures during a snowstorm occurred during the storm of Feb. 6-7, 1967 that dumped 15.2".  The high/low on the 7th (when most of the snow fell) was only 16°/9°.  At the other end of the temperature spectrum was the more recent snowstorm of March 21, 2018 that dropped 8.2" of snow on a day that had a high/low of 39°/31° (but the temperature was 34° and colder when snow was falling). 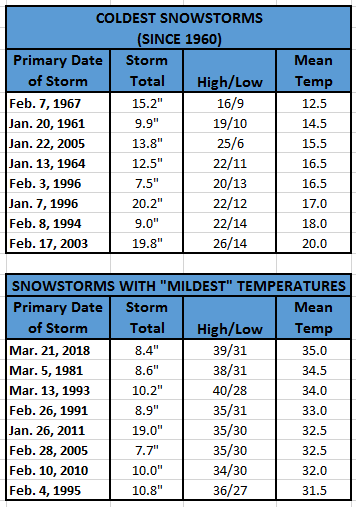