The City's longest-standing daily precipitation record was set today in 1869 when 2.60" of rain fell.  (This amount contributed to February 1869 being the wettest February on record - and 153 years later, it still is.)

Today's high was 8° after a low of -8° (third coldest low on record).  No high or low since then has been colder.  This was the second day this winter with a high in the single digits (the other occurred on Dec. 20, when the high/low was 8°/-4°). 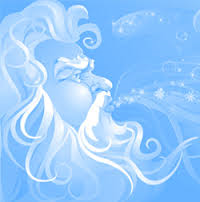 Two days after the low was 11°, this afternoon's high soared to 69° under clear skies (32 degrees above average, but four degrees from the record set in 1949).

Two days after the coldest reading of the winter, 4° above zero, today's high reached 60°, melting the last of the snow on the ground from the snowstorm of Feb. 6-7 that dumped 12.5".

Today was the 24th day in a row with no measurable precipitation.  Total precipitation for Jan./Feb. was just 2.76", half of what typically falls in these months.  These twenty-four days were also cold, as temperatures averaged three degrees below normal.

Today was the coldest day of the winter, with a high/low of 22°/4°, twenty degrees colder than average.

Arctic cold returned, made even more frigid by winds gusting between 30-45 mph.  Temperatures were in the teens throughout the day, then dropped like a rock into the single digits after 8 PM and down to 4° by midnight.  Wind chills were between -5° and -15°.  Meanwhile, the latest winter storm was yet another non-event (just 0.9" fell yesterday), making it the seventh under-performer of the past two months.  However, it dumped another fifteen inches of snow on beleaguered Boston, bringing its total snowfall this season to 96 inches (75 inches more than NYC's total).