A nor'easter packing 40 mph winds brought the biggest snowfall of the winter, 5.7", but it was part of a sloppy mix of snow, sleet and rain, so there was never more than two to three inches of snow on the ground at any given time.  Temperatures didn't fall below freezing until evening (after peaking at 37° in the early afternoon).  In total, 1.64" of precipitation was measured, with nearly half of the amount falling in the two-hour period between 7-9 AM.

A fast-moving snowstorm on Presidents' Day dumped 12.7" of snow between 4 AM and noon.  The storm's deepest snows fell in Virginia, DC, Maryland and Delaware, where 18" to 24" piled up.  Besides the snow, this was the fifteenth day of the past nineteen with a high temperature of 32° or colder.  Including today's snowfall, 20.1" of snow fell during these nineteen days.  (Another President's Day storm with even more snow would bury the region 24 years later.)

The morning low of 28° made this the 31st day in a row with a low at freezing or colder.  There have been only six streaks longer than this in the years since 1960 (the most recent was one of 38 days during the winter of 2015).

Morning lows over the past four days were: 22°-21°-22°-21° (today) - eight degrees colder than average.  Today's high rebounded to 42°, marking the beginning of an extended thaw that would see temperatures average 14 degrees above average between Feb. 20-28. 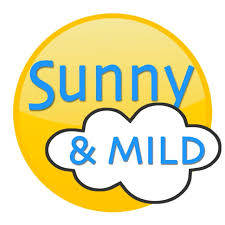 Today was the second coldest day of a mild winter as the high reached 30° after a low of 15°.  (The coldest day of the winter was back in mid-December).

Thirteen of the past sixteen days had morning lows in the teens ,and eleven had highs at freezing or below.  Average high/low during these days was 30°/17°, ten degrees colder than normal.

The 0.15" of rain that fell during the afternoon was the first precipitation to fall on this date since 2000.

2-19-79. memorable to me as the day I saw Saturday Night Fever at the Alpine Theater in Bay Ridge. It was of course mostly filmed in that very same area. Walked about 2 miles to the theater as there were no busses running.

I keep track of days with an inch or more of snow. That said, here are the dates (all but three in December and March) that have gone the longest with no snowfall of an inch or more. Using them as a guide, you can investigate if the years since then have had any amounts less than 1.0".

You can erase Jan 29 from that list as 7.3" of snow occurred on the date this year.