Today was the twelfth day in a row with a high colder than 32° (and 14 of 15 days since 1/20).  The average high/low during this streak was a teeth chattering 22°/9° (sixteen degrees below average).  No day had a high above 26°.  This cold wave came one month after a streak of eleven days at the end of December, and a year after nine of ten days were 32° or colder.

The morning low of zero degrees was the coldest reading of the winter.  The last time the temperature was this cold was on Jan. 31, 1948. The third major snowstorm of the winter moved in this evening and by midnight six inches had fallen (an additional 11.4" would fall on 2/4).  The snow was driven by winds that gusted between 35 and 40 mph.  Temperatures rose from 7° at daybreak to the upper 20s by midnight.

Today was the eighth day to have measurable snow since 1/20.  Total accumulation for these eight days was 14.7".  Today's snowfall amounted to just 0.3" and fell in the wee hours of the morning.  It was the smallest accumulation of any of the eight days.

This morning's low of 8° made this the twelfth day since 1/16 with a low temperature colder than 15°.

7.5" of snow, which was over by daybreak, fell in advance of the coldest air of the winter.  This was the the third snowfall of 6+ inches this winter - with one more of that magnitude two weeks away.  (I had flown down to Key West for vacation the day before, thinking I had escaped, but a few days later the Arctic cold penetrated all the way down to the Keys and it felt more like fall.) 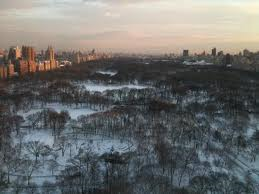 This was the 29th day in a row in which the low temperature was 32° or colder, the longest such streak since December 1989.  Later in the day a cold rain (the high temperature was 38°) fell during the afternoon, amounting to 0.96".

4.3" of snow fell, the only snowfall of the month.

The 0.4" of snow that fell overnight was double the amount that fell during the entire month of February 2012.

The day after the high temperature reached 56°, eight inches of snow fell during the morning and afternoon, a record amount for the date. 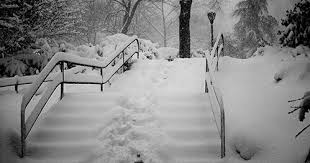 Dont forget that in 2014 that 56 degrees was during the one year they held the Super Bowl outdoors in a cold weather city, right here in the NY area. They missed wintry weather by one day.

Yes, I remember. And it was the inspiration for my post "Mild One Day, Snow the Next": https://thestarryeye.typepad.com/weather/2014/02/mild-one-day-snow-the-next-a-history-of-dramatic-change.html

2021 - the 0.2 of an inch of snow that fell today made this the fourth day in a row with measurable snow, which amounted to 17.4” during these four days. this was only the sixth winter since 1950 with a streak of this kind that was as long (or longer than) as this year’s streak.