Eleven inches of snow fell from a storm that began last night and continued into today, when most of the accumulation occurred.  This was by far the biggest snowfall of the winter, as only 7.3" fell from eight other snowfalls.

A nasty winter storm that would span 72 hours began this morning.  Temperatures fell from the low 30s, when precipitation began falling in the pre-dawn hours, into the mid-20s by lunchtime.  Northeasterly winds gusting to 40 mph after 10 PM produced wind chills in the single digits.  Close to a half-foot of snow fell, but much of the day's 1.70" of precipitation fell as sleet and freezing rain.  An additional 2.70" in precipitation, and another foot of snow, would fall in the following two days. 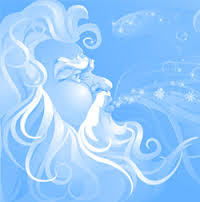 After the mildest reading of the month was reached (50°), the coldest air of the winter moved in, and by midnight the temperature had fallen to 17°, on its way down to 7° tomorrow morning.  Rain changed to snow, which accumulated 1.8".

The snowstorm that arrived yesterday evening, dumping six inches, continued through the morning and brought an additional 11.4".  Today's snow was heavy and wet, and driven by gale force winds.  This was the third major snowstorm of the winter, following 15.4" on Dec. 11-12 and 9.9" on Jan. 19-20.  However, those storms were characterized by very cold temperatures, while this storm saw the temperature rise from the upper 20s to the mid-30s during the afternoon when snow changed to rain.  This was the second winter in a row to have two snowstorms of a foot or more in accumulation.

Although it wasn't the coldest day of the winter (that would come six days from now), today had the coldest high temperature, 27°.

With a high/low of 21°/10°, today was the coldest day of the winter, sixteen degrees colder than average.

This was the 21st day in a row with above-average temperatures.  During this three-week period, temperatures were 12 degrees above normal (high/low of 49°/36°).  It was damp as well, with 4.58" of rain measured.

Only 11.8" fell during the winter of 1995 and 10.8" of it fell today.  Wet snow fell furiously during the morning (close to three inches fell between 6-7 AM) before changing over to rain at around 9 AM.  Then the coldest air of the winter moved in overnight.

This was the third day of the past four to have a high temperature of 59° (19 degrees above average).  The high on each day, though, occurred at a different time of the day.  On Feb. 1 it was reached in the early afternoon, on the 3rd it happened at 9:30 PM, and today it occurred just before daybreak. 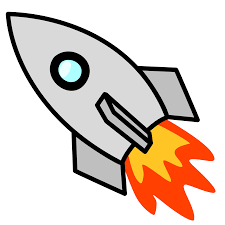 That 1920 storm sounds a lot like the storm this week as far as duration and snow totals are concerned, albeit with a lot more sleet and freezing rain mixed in. Oh, and, My Mom was just a little over one month old for that one. Will share this with my Sister. Thanks.

I was thinking the same thing, Ken. And the 1961 storm of Feb. 3-4 was also similar, especially the temperature rising to 34 at its later stages. Was your Mom born in New Jersey or NYC?

Hi Rob. Mom was born in Manhattan and she and her family moved to the "suburbs" of Brooklyn when she was 5 years old and spent the rest of her life living there. I grew up in Brooklyn (Bay Ridge) and moved to NJ in 1985. But I worked in Manhattan all my working life, now retired.

I'm kind of surprised you don't have the eventual ice storm of 2022 put in here. Yes it rained longer than forecasters predicted, but Central Park still got 0.06" of ice, not "epic" but freezing rain in general is somewhat rare in NYC.

Dramatic one-hour drops may have been cited in posts for other dates, but the one that immediately comes to mind is a 29-degree drop on March 28, 1921, when the temperature dropped from 81° to 52° between 4-5 PM.