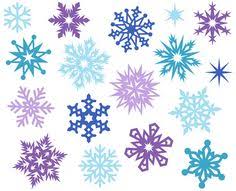 The fierce snow and sleet storm that began yesterday continued unabated today.  Winds gusted to 44 mph in the pre-dawn hours, and gusts of 25-35 mph lashed the area for the rest of the day.  Combined with temperatures in the mid-20s throughout the day, the wind chill was only in the single digits.  Much of the day's precipitation came in the form of sleet.  Like yesterday, close to half a foot of snow/ice accumulated while 1.31" of liquid precipitation was measured.  And the storm would continue through tomorrow.

2.7" of snow fell during the morning.  The temperature held steady at 33° from 10 AM today until 7 AM tomorrow.

This was the third year in a row to have a snowfall of 2-3 inches on this date.  2.8" fell this year, all of it before daybreak (two inches fell last year).  The day's temperature held steady between 31° and 32° until mid-afternoon, when Arctic air moved in; by midnight the temperature had dropped to 13°.

The biggest snowfall of the winter began this evening and continued through next morning, accumulating 5.7".  3.3" of the snow fell tonight.  (This came three days after a 4.3" snowfall.)  After this snowfall, just 0.2" fell for the rest of the winter.

The morning low of 5° was the coldest reading of the winter.  (Last winter the coldest temperature occurred on Feb. 6.)

Today's high/low of 18°/8° made this the coldest day of the winter - and of the past three years.

The fifth winter storm of the season punished the area with four inches of snow and a quarter-inch of sleet and freezing rain.  The precipitation fell heaviest between 1-6 AM and snarled the morning commute.  This storm brought the winter's snowfall to 40.3" - the seventh time in the past twelve winters that more than 40 inches of snow fell in Central Park.

Rain in the overnight hours changed to snow in the wee hours of the morning and accumulated 2.5" by the time it ended shortly before 11 AM.  This would be the biggest snowfall of the month.

The temperature at daybreak was 21°, which was a drop of 36 degrees from yesterday's maximum reading that occurred in the morning.  The last time the City experienced a drop this great in such a short period of time (25 hours) was in April 2018, when the mercury fell from 77° during the afternoon of 4/14, to 38° at daybreak on 4/15.