After having no high of 32° or colder this winter until 1/4, today was the thirty-first day in the six weeks since then to have a high that cold (three-fourths of the days).  Today was the end of a seven-day streak with highs of 32° or colder (and eleventh day of the past twelve).  It would be followed fifteen days later by another seven-day streak.

Snow that began falling last night, accumulating 1.6", continued falling heavily this morning, accumulating an additional 8.1".  Until this snowstorm just 2.1" had fallen this winter.  Then 5.2" would fall two days later and 14.5" would bury the City on March 1-2.

The morning low of 4° was the eighth low in the single digits since 1/29 - and there would be four more in the month of February.

It was a wintry day as wind-blown sleet and snow fell throughout the day, accumulating 7.7" (and an additional 1.3" fell overnight).  Late in the morning winds gusted to 50 mph.  Temperatures fell from the low-30s in the morning to low 20s by midnight.

The temperature fell steadily through the day, from 30° to 5° (on its way to -8° the following morning).

This morning's low temperature of 3° was the sixth consecutive day with a low in the single digits.  During these days the average low was 5°, twenty-two degrees colder than average.

The 0.3" of snow that fell today was the last snowfall of the winter, a winter in which just thirteen inches fell, half of the typical amount.

Rain fell throughout the afternoon and evening, amounting to 0.95", putting somewhat of a damper on  romantic plans of New Yorkers.

A nasty sleet storm during the morning and afternoon hampered traffic and snarled air travel.  Jet Blue was crippled as its fleet at JFK was incapacitated for a number of days.  0.94" of liquid precipitation was measured at Central Park, and two inches of sleet accumulated.  The day's precipitation represented half of February's total.  Despite a high of 29°, little of the day's precipitation fell as snow.  Another severe sleet storm would hit the area in March.

The morning low of 1° below-zero broke the record from 100 years ago.  This was: 1) the first below-zero reading since January 1994; 2) the first sub-zero reading in February since 1963; and 3) the latest date for such a frigid reading since 1943 (when a sub-zero low occurred on 2/15).  Until today, the coldest temperature this century was 1° above zero, which occurred twice in the winter of 2004.  Later today, a second record was set as the high of 15° was the coldest for the date.  The day's mean temperature was 28 degrees below average, the most below average reading in New York in the years since 1950.  This would be the last day of the winter with a high of 32° or colder. 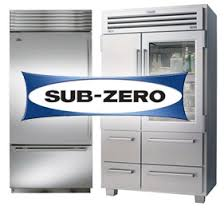 As usual, you have scooped the local TV weather people. I don't think anyone caught the fact that this was the latest date for a minus 1 since 1934, not to mention the first sub zero in February since 1963. Great facts! Thanks.

PS: re 1979, I do remember that "lows below 10" streak. I spent a couple of nights helping a friend move into an apartment in Ridgewood Queens/Brooklyn (long before it was hip)and it was bitter. Was that anywhere close to a record of most consecutive days with lows below 10?

Hi Ken, I was completely surprised by this cold snap. When I went to bed Saturday night (actually it was in the wee hours of Sunday AM) the temperature was +5 so I assumed the temperature would drop maybe a few more degrees, at most, since it had been at 5 or 6 since 10PM. Never did I think it would fall to -1!

And to answer your question, 1979's streak is the longest such streak on record.

also in 2016, the low in Boston Logan International Airport in Massachusetts plunged to -9°, its fourth coldest temperature on record and its coldest temp since January 15, 1957 when the low was -12°. weather records for Boston have been kept since 1936.

2005 and 2020 are the only two Februarys on record with no high temps in the thirties or colder during the first two weeks of the month. However, February 2020 ended up decidedly warmer than February 2005 by about four degrees.

what was the previous warmest winter before 2016 to experience a reading that was colder than zero degrees?

The mildest winter with a sub-zero low before 2015-16, was 1984-85. Both of these winters had very mild Decembers. The winter of 2015-16 was about five degrees milder than 1984-85, and ten degrees milder than the other winters with below zero readings.