A Glance Back at New York's Weather: March 1

Rain in the morning changed to snow around lunchtime and by midnight 13.5" had accumulated (an additional inch fell after midnight on 3/2).  It was a very heavy, wet snow with a high water content (2.65") until around 9 PM when Arctic air moved in.  This was the century's first snowstorm of a foot or more, and the first since 16 inches fell in February 1899.  This remains the longest period between snowstorms of 12 inches or more. Today's high of 73° was a record, 28 degrees above average, and the warmest reading of the month.  The following day would also see record warmth (72°).  It would another seven weeks before today's temperature was topped (86° on 4/19).

March came in like a lamb as the high reached 59° under sunny skies - more typical of mid-April.  This unseasonably mild high, however, was the coolest high temperature since Feb. 24.

Although not quite as cold as the first day of March in 1884, this March still deserves the polar bear designation as the morning low was 10° (twenty-one degrees below average), the coldest reading in the month of March since 1967.  No day in March has had a colder reading since.  (However, it was still six degrees above the record for the date.)

This was the third month in a row to begin with a high temperature of 47°.  (And these three months were book ended by highs of 56° on Dec. 1 and April 1.)  However, of the three, today was the only first day of the month with rain, which started after 4 PM (0.42" fell).

7.7" of snow fell from a storm that began yesterday afternoon and ended at daybreak today (4.8" fell yesterday, 2.8" fell today).  It wasn't a cold storm as the temperature rose into the low 40s during the afternoon.  This was the third accumulation of five inches+ in the past ten days.  Combined, 18.7" fell from these three snow events. 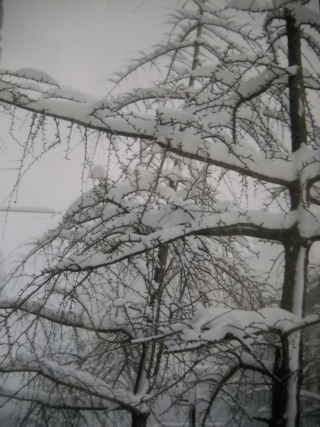 Not only was today's high/low of 46°/33° the same as last year on March 1, both year's first day of March had 0.14" of rain.  However, this year it fell between 10 PM and midnight while last year's rain fell in the morning hours.

A snowy Sunday afternoon produced the winter's second biggest snowfall, with 4.8" piling up before the snow changed over to light sleet and freezing rain in the evening.  Temperatures remained below freezing all day.  This was the biggest March 1 snowfall since 1968 (when 5.5" fell).  It was also the fifth snowfall of three inches or more in the past five weeks.

For the second time this week the high reached 70° (the other occurrence was on 2/24).  However, unlike the previous time, which featured sunny skies, today was overcast with some showers.  This would be the first March since 1972 to have the month's mildest reading occur on the first day of the month.

With fair skies in the morning and afternoon temperatures around 60°, March came in like a lamb, but it was overtaken by a lion after dark as a gathering storm system approached (on its way to becoming a powerful nor'easter the next day).  By midnight 0.38" of rain had fallen and temperatures dropped into the mid-40s. 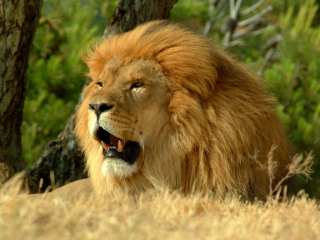 Today's low of 25° would be the coldest reading of March and the last reading of 32° or colder this winter (average date of the last freezing or colder temperature is 3/31).  A typical March has twelve days with lows this cold.  Only March 1942 had fewer days (i.e., none).

Does your finding about this being the driest first 16 days of March since 1886, apply to the first 17 days as well?