The Blizzard of '88 (also known as the Great White Hurricane) roared into an unsuspecting New York during the morning, and brought the City to a standstill for the next few days.  16.5" of snow fell today, with an additional 4.5" falling tomorrow into the early morning hours of the 14th.  This was New York's biggest snowstorm until Dec. 1947 (it's now ranked fourth).  In addition to the large amount of snow, the storm's danger was magnified by mountainous snow drifts created by winds that gusted between 45 and 55 mph, and extreme cold, as the temperature dropped from 33° to 8°.  200 people died in the City, many from exposure to the elements. 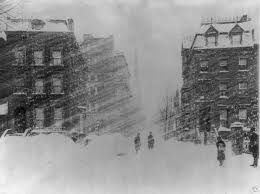 A mix of snow and sleet produced the biggest accumulation of snow/ice of the winter, with 5.5" piling up by the time precipitation ended early in the afternoon.  This icy precipitation was blown around by winds that gusted between 30 and 35 mph.

Today's high of 56° was the first above average high temperature in six-and-a-half weeks (since Jan. 26).

For the fifth day in a row the morning low was in the teens.  The temperature range on these days was between 13° and 18°, which would be quite cold even in the depths of winter. 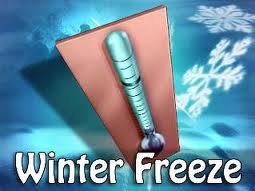 Four days after the temperature soared to a record 76°, the final snow of the winter fell, accumulating 1.9" between this afternoon into early morning on 3/13.  Additionally, there was only a two-degree difference between today's high (33°) and low (31°).

The 0.18" of rain that fell this morning was the first precipitation on this date in thirteen years.

For the fourth morning in a row, the low temperature was 35°, which was close to the seasonal average.

2021 - today’s low of 52° (which happened just before midnight) was not only four degrees warmer than the day’s normal high, but also set a new record for the warmest low temp that ever occurred on this date, breaking the previous record from 1898 by two degrees. this was the warmest low temp since Thanksgiving Day this past fall, when the low was 55°. today’s high was 68°, making this the third day of the past four with a high of 60° or warmer.