Less than two weeks after a snowfall of ten inches on March 2, an even bigger snowstorm dumped a foot of snow.  It began early this afternoon, and by midnight 6.5" had accumulated; an additional 5.5" fell the next day through midday.  Then the snow changed to rain as the temperature rose into the mid-30s.

Blustery and very cold, with a high/low of only 26°/16°, twenty-two degrees colder than average.  And winds from out of the northwest gusting to 25-30 mph produced wind chills in the single digits.  One week before the start of spring, today was colder than any other day of the winter - the latest date for this distinction.

Today was the first day of this exceptionally cold month (second coldest March of the 20th century) to have a high temperature above 40°.  Still, at 42°, this high was six degrees colder than average.

The day after the high temperature reached 64°, today's afternoon temperatures were only in the upper 20s.

The 0.06" of rain that fell just before sunrise was the first measurable precipitation on this date since 1975 (when just 0.01" fell).

Similar to two days ago, a change in the wind direction resulted in a big swing in temperature.  After shifting from the chilly northeast to the balmy southwest, the temperature soared from 42° to 77°.  This was a record for the date, breaking the old record set just last year (69°).

Arctic cold moved in after the departure of the March Superstorm, and this morning's low of 14° was twenty-one degrees below average, and a record for the date.

Beginning late last night, five inches of wet snow fell, the biggest snowfall of the winter.  The temperature got no lower than 32°, and made it up to 41° by afternoon.  This was the last snowfall of a winter in which just 12.7" fell.  By coincidence, last winter's biggest snow was also five inches and occurred around this time (March 22). 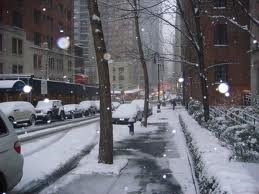 Despite lightly overcast skies the temperature rose into the 70s for the first time this year.   Although this was about three weeks later than the previous two years' first 70s (Feb. 24 in 2017, Feb. 21 last year) it was still about a week ahead of schedule.  Today's high of 75° was the warmest reading since Oct. 11.  (The following day the afternoon temperature was twenty-five degrees colder, down to what it should be in mid-March.) 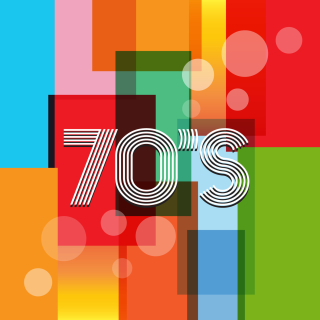 Afternoon humidity fell to 12% during the afternoon, the lowest reported in Central Park since March 2016.  Additionally, dew points were extraordinary low, dropping below zero a few hours before daybreak and remaining sub-zero thru the wee hours of 3/16.  (And during the afternoon they were below -10°.)  Today was also the 14th day in a row with no measurable precipitation, the longest streak of dry weather since last June.

also in 2019, the low of 49° tied 1913 for the warmest low temp that ever occurred on this date. until 2019, this date has never had the distinction of having the first 70° day of the year. 2019's high temp was roughly ten degrees warmer than the forecasted high for today.

As an added bonus, 2019's weather happened on the Friday of my spring break week in college. I also had the day off from work. I spent a fraction of the day by walking outside.