An ice storm on the first day of spring dropped 0.54" of liquid precipitation in temperatures that were below freezing all day (high/low was 31°/22°).

An intense nor'easter brought winds of 35-45 mph along with heavy, wet snow that began shortly before daybreak and continued thru midday on the 21st.  4.7" fell today and 7.1" the following day.  However, today's temperature never got colder than 33°.  This storm buried parts of eastern and central Pennsylvania and upstate New York with 30 to 40 inches of snow. 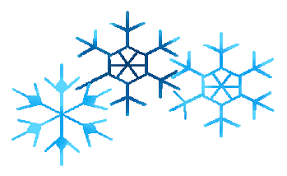 The temperature rose above freezing shortly before noon for the first time since late afternoon on March 15.  During the four full days when temperatures were at freezing or colder (3/16-3/19) the high/low averaged 27°/13°, twenty-one degrees below average. Today's high of 58° was the mildest reading of a cold March, the coldest since 1960.

A vigorous cold front moved through, resulting in a plunge in temperature from 62° to 21°.

This was the eleventh day in a row with a low temperature of 32° or colder (four of the days had lows in the teens).  The average low during these days was 23°, 12 degrees below average.

Spring may have begun at 6:45 PM but it was a day when winter reasserted itself as snow fell during the afternoon and evening, amounting to 4.5".  As the snow fell, the temperature dropped from the upper 30s to upper 20s.  Today's snowfall brought March's total to 18.6", making it the snowiest month of the winter (December had 1.0", January 15.3" and February 11.9") - and the snowiest March since 1956.  And with a total of 47 inches, this became the tenth snowiest winter since 1950.

After a foggy start the sun broke through during the afternoon and the temperature jumped from the mid-50s at noon to 77° shortly before 5:30 (26 degrees above average).  The day's 30-degree jump in temperature from the morning low of 47° at daybreak was the biggest rise in temperature since a 32-degree rise on May 2, 2018 (from 48° to 80°).  After today's warm-up, the City's next reading in the 70s wouldn't occur until May 2.

No, I haven't done an analysis about that particular type of hiatus.

also in 2015, this was the fifteenth day of the season (since October first) with snow of one inch or more. this was one more than the winter of 2014 had. only seven other winters have also had a minimum of fifteen days with snow of one inch or more, most recently in 1922-1923 and 1995-1996, which both had seventeen, which is the most ever for any winter of all time.