This was the fifteenth day of the past nineteen to have measurable precipitation, and today's amounted to 1.97", making this the rainiest of them all.  In total, 4.76" was reported (0.1" was snow).

Today's high of 49° was the mildest reading this March - the only March with its mildest reading below 50° (this reading would happen a week later as well).  By contrast, January and February each had a reading in the low 60s.

Although today's high was just 53°, it was the mildest temperature in March and would be the chilliest reading to be the warmest in March in the 20th century (a distinction that has continued in the 21st century).

Today had New York's first reading in the 80s in the month of March.  The high reached 84° shortly after 2 PM, but a strong cold front passed through around 3:00, and by daybreak on 3/22 the temperature had fallen to 37°.  Winds gusted to 35 mph during the evening.  Another reading in the 80s would occur one week later. 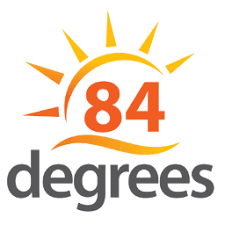 The nor'easter that moved in yesterday and dropped 4.7" of wet snow continued today and dumped an additional 7.1" thru midday.  The 11.8" that fell in total came just two years after 11.6" fell on March 18-19.  Philadelphia also picked up nearly a foot of snow from this storm - but the two cities' totals paled in comparison to the 30-40" that buried parts of central and eastern Pennsylvania.

The morning low of 30° was the month's coldest reading, the mildest temperature for this distinction in the 1960-2021 period.  (The typical coldest reading in March is in the upper teens.)

Two inches of rain fell between 6 AM and 3 PM, with more than half of it pouring down between 10 AM and 1 PM.  Temperatures during the morning were stuck at 39°, then jumped to 55° between noon and 1:00 PM (during a thunderstorm), before falling back into the upper 30s by evening.

A fierce nor'easter battered the area with heavy rain and gale force winds.  The 2.21" of rainfall was a record for the date; an additional 1.04" fell the next day, ending in the early afternoon.  The 3.25" of rain that fell during this 36-hour drenching was the most since January 1979.  The winds were so strong that the 40-story office building I worked in at 800 3rd Avenue (between 49th and 50th Streets) was swaying noticeably, forcing the office to close mid-afternoon.

The past nine days all had above-average temperatures, with a mean temperature that was nine degrees above the norm.

After beginning as light rain late last night, the last snowfall of the season fell in the wee hours of the morning, accumulating 0.5".  This snow brought the winter's total snowfall to 32.8".  Although this was above average, all but 5.3" came from the big blizzard of 1/23.

On the first full day of spring, snow began falling shortly after daybreak and continued for the rest of the day into the wee hours of 3/21.  By midnight 8.2" had accumulated, making this one of New York's biggest snowstorms after March 15 (an additional 0.2" fell after midnight).  This was the fourth nor'easter that brought heavy snow through the region this month, but the first in which the temperature was 32° or colder in the City (throughout the storm temperatures hovered between 31° and 33°).  Once again, Long Island was hammered, with accumulations of 12"-18" common.

We came very close last year (2020) in which the only low temperature of 32 or below in March was on the 1st, however the low that day was 25. It is now the 2nd earliest "last freeze" in Central Park as the lowest temperature in April was 36 (though ironically May 9 had a low of 34, which was not only the first May low in the 30s since 1978, but it was the coldest May temperature since 1891 and was the third lowest May temperature ever).

Also, regarding the 1887 entry, the warmest low temperature all month was 34. I'm almost certain that's a record for March.