Today's snowfall of 2.9" followed a snowfall of 2.1" yesterday and was the sixth snowfall of two inches or more in the past three weeks (there were eleven days with measurable snowfall this month).  This was also the fourth storm to have significant sleet.  In total, snow/sleet amounted to 25.5" this month, making this New York's second snowiest March, after March 1896.  (It would also be the fifth coldest March on record, and the coldest of the 20th century.)

The second half of March was extraordinarily mild, with an average high of 70°, but today was an outlier as the high only reached 40°, (but the low was a seasonable 35°).  Winds were from the northeast, skies were overcast and light showers fell throughout the day.

Two days after the high reached 71° temperatures this afternoon were only in the upper 20s.

A heavy, wet snow fell between 9 PM on 3/21 and 4 AM this morning, accumulating 4.9".  Temperatures during the snowfall ranged from 32° to 34°.  The temperature then rose close to 50° later in the afternoon.  This was the fourth snowfall of four inches or more this winter.

One of New York's latest snowstorms dumped 9.8" thru mid-afternoon (0.8" of it fell late last night).  The day's high of 32° was 20 degrees below average.  This storm came three days after a morning low of 8°, the latest date on record for a reading in the single digits.  Additionally, in the past 45 days (since Feb. 6) 41.0" of snow fell, with accumulating snow falling on twelve of the days (including 12.5" on Feb. 7). 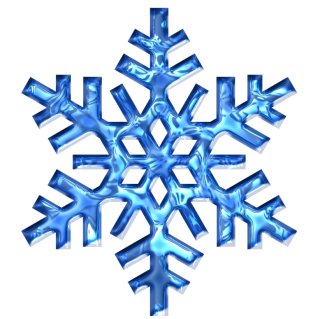 A hard, cold rain fell, amounting to 3.44"; most of it poured down between 10 AM-3 PM.  This was the year's biggest rainmaker until the monster storm of Nov. 6-7 that flooded the area with nine inches of rain.

Just three days after 6.2" of snow fell, another quick moving system dropped 3.2" during the evening.  These two snow events were responsible for most of the winter's 13 inches of snow.  During this evening's snowfall, a USAir Flight 405 slid off the runway at LaGuardia Airport and landed in the waters of Long Island Sound; 27 passengers died.

Less than twelve hours after the last snowflakes from yesterday's 8.4" snowstorm fell around dawn (0.2"of it  fell after midnight), skies were clear and the temperature rose to 50°.  Although this was slightly below average, it was the mildest reading since March 1 (when the high reached 60°).  Today was also the sixteenth day in a row with below average temperatures; the last time there was a streak this long was in April 2007.

Like last year, a coastal storm impacted the area but this time it was an all-rain event.  Rain began at daybreak yesterday and continued until late this morning.  In total 1.43" fell, with about two-thirds of that amount falling last night through the pre-dawn hours today (0.75" was measured yesterday, 0.68" today).  Besides the rain, gusty winds also raked the area, with peak gusts of 35-45 mph. 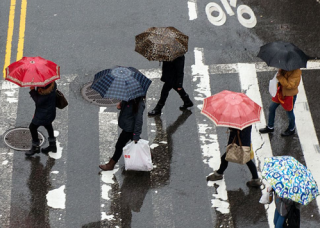