A milder than average March was interrupted by one day of mid-winter temperatures as the high/low was only 30°/13° (twenty-one degrees below average); the previous day with a high of freezing or colder was five weeks ago.  The low was a record for the date (which still stands).

On the day of New York's deadly fire at the Triangle Shirtwaist Factory in Greenwich Village (147 mostly female laborers died), skies were clear and temperatures cold, with a high/low of 40°/20°. 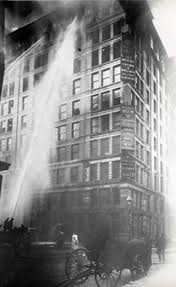 This was the third day in a row with very cold temperatures.  Today's high/low of 33°/17° followed 31°/17° yesterday (Easter Sunday), and 28°/18° the day before that.  These temperatures were 21 degrees below average.  Winds that gusted between 20-27 mph throughout the three days produced wind chills in the low teens.

Today's high/low of 34°/18° was eighteen degrees below average.  Wind chills were in the single digits and teens.

Rain moved in late, with 0.20" falling between 10 PM and midnight - the first measurable precipitation on this date in 15 years.  This rain was from a nor'easter that produced a hard rain overnight (1.35" fell after midnight) that was over by daybreak on 3/26.

Today's low of 20°, 17 degrees below average, was the coldest reading in March and came three weeks after the month's mildest reading (70°).  It was also the coldest temperature since mid-February. 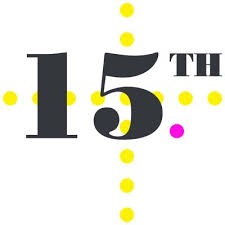 Atlantic City International Airport in NJ (not too far south of NYC) hit 81° on this date in 2017, while Central Park was nineteen degrees colder on the same day. the lows were closer together (42° in NYC & 45° in AC).