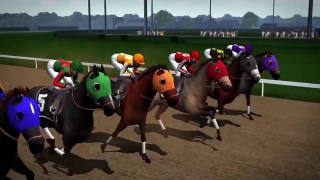 The temperature fell throughout the day, from 49° shortly after midnight to 11° nearly twenty-four hours later.

Freezing rain began late in the morning and continued through the evening of the 4th (sleet mixed in on occasion).  Temperatures ranged between 32° and 34° during this event.  1.68" of liquid precipitation fell in total, none of which was snow.

A crippling snowstorm that dumped 14.5" of snow moved into the region at daybreak and continued for 24 hours (12.5" fell today).  Near blizzard conditions were experienced as winds gusted between 30-35 mph.  This was the second snowstorm of a foot or more this winter - a first (and it would happen again the following winter).  Earlier in the winter a snowstorm on Dec. 21-22 buried the City under a snowfall of 13.7".  (The photo is of author WH Auden taken on St. Mark's Place during the storm.) 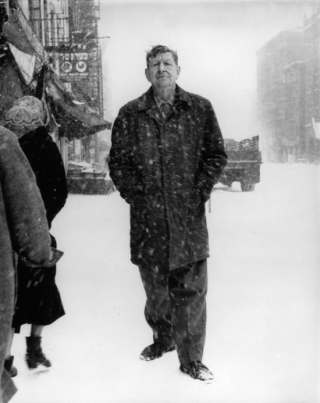 2.17" of rain fell (2.54" when rain that continued until the wee hours of the next day is included), with nearly an inch falling between 9-10 PM.  The day's rainfall was more than what fell in the entire month of February and was the biggest rainstorm since Aug. 10 of last year.

This morning's low was a biting cold 11°, tying the record for the date and the coldest temperature in March since a reading of 10° in 1980.

Following yesterday's 8.3" snowfall, this morning dawned very cold with a low of 12°.  And today's afternoon high of 26° was a record for coldest high temperature on this date.

A winter storm that, a few days earlier, was predicted to dump 6-12" of snow on New York was pushed to the south by Arctic high pressure and delivered a mere dusting of 0.1".  This would be the only measurable snow of the month.  Today's high/low was just 31°/17°, fifteen degrees below average.

A winter storm moved in during mid-afternoon, bringing a few hours of snow, a few hours of sleet and freezing rain, and then a few hours of rain - all which ended by midnight.  This icy mix made the evening commute a nightmare.  And though just 1.8" of snow fell, it was the most to fall on this date since 1960's snowstorm.  Today's snow was the tenth this winter of one inch or more (the average number is six).  Last year had twelve such snowfalls, making these the first back-to-back winters with ten or more (going back to 1950).  Today was also the 38th day in a row with a low of 32° or colder, the longest such streak since one of 51 days during the winter of 1976-77.

2020 - today's high/low was 59/49, the low set a record high minimum for the date, besting 1991's low of 48° on this date, but its high was six degrees warmer than today's high. also, 0.26" of precipitation fell today, exactly half the amount that fell last year on this date (which fell as three inches of snow).