A snowfall of 4.5" was the sixth snowfall of four inches or more this winter (this was despite the fact that no measurable snow fell in December).

It was a very late date for a sub-freezing high temperature (31°).

The morning low of 33° was the coldest reading of the month (it also occurred on three other days), making this the only March on record to have no reading of 32° or colder.

Today's high of 76°, twenty degrees above average, was the first reading in the 70s this year.  This was about a week later than the typical date of this occurrence.

It was a gray, rainy, raw, and windy day, with 0.76" of rain measured.  Afternoon temperatures fell into the mid-40s the day after the high reached 76°.

0.2" of snow fell today, two days after a high of 77°.  This was the only measurable snow to fall in March, and the final snowfall of the winter.  24.9" in total fell during the winter (close to average), the most since 25.4" was measured in the winter of 1984.  Despite today's snow, the temperature remained above 32°.

It was a raw and nasty morning as wind and rain from a nor'easter lashed the area.  Moving in last night, 2.16" of rain fell today, a record for the date.  Central Park reported a wind gust of 49 mph.  It was also cold, with a high/low of only 43°/37°.

Today's humidity at 4 PM fell to a Sahara-like 6% - the lowest reported, so far, in the 21st century (there was a 7% reading on April 6, 2021); this compares to the typical humidity in the latter part of the afternoon, which is in the 45% to 50% range.  Although the temperature rose into the upper 60s (13 degrees above average), the dry air made the air feel chillier, especially when the sun went down. 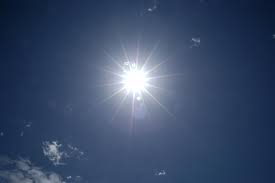 The second strong nor'easter in little more than two weeks buffeted the area.  Like the previous one, this storm produced more than four inches of rain.  Beginning late on 3/28 (when 0.34" fell), it continued through the afternoon.  After 1.58" of rain yesterday, an additional 2.45" fell today (a record for the date, breaking the previous record from the nor'easter of 2001).  With today's rainfall the month's total precipitation reached 10.68", making it the wettest March on record.

It was a very pretty day, which was the Saturday before Easter, as the temperature topped out at 59° under sunny skies.  This was the mildest reading of the month, making this the first March since 2001 to have its mildest temperature cooler than 60°.