A Glance Back at New York's Weather: March 6

Snow began falling around 10 AM and continued light and steady (mixed with sleet and freezing rain after 4 PM) for the next 24 hours, accumulating 7.3".  This was the fourth snowfall of six inches or more in the past two months and the winter's tenth snowfall of three inches or more.  Besides the snow/ice, winds gusted to 30-35 mph and temperatures were very cold, with a high/low of only 25°/19°.

One of the most intense nor'easters of the century, known as the Ash Wednesday Storm, raked the mid-Atlantic states (especially NJ and Delaware), but produced very little precipitation in New York  - just 0.05", 0.2" which was snow (the last snowfall of the winter).  However, the storm made itself known with winds that howled between 40 and 50 mph from mid-afternoon thru the morning of 3/7.  With temperatures in the mid-30s these high winds produced wind chills in the upper teens. 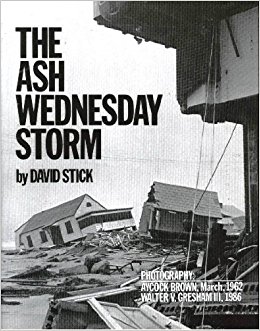 An all-day rain filled Central Park's rain gauge with 2.63", a record  amount for the date. Temperatures were well above average, with a high/low of 56°/49°.

An Arctic front passed through in the wee hours of the morning, and 2.5" of snow fell during AM rush hour - just the second significant snowfall of the winter.  South Jersey and the Philadelphia metro area bore the brunt of the storm.  This would be the last snowfall of the winter.  Just 8.1" fell for the entire winter, about eighteen inches below average, and the least since 1972-73 when 2.8" was measured (the least ever).  Since then, four winters have had lesser amounts than the winter of 1989 (1998, 2002 and 2012 and 2020).

Although it rained for eight of the past nine days, it amounted to only 1.05".  Today's rainfall was just 0.07", but it was accompanied by ferocious winds, with Central Park recording a gust of 52 mph (bringing to mind the Ash Wednesday nor'easter on the same date in 1962).

For the past few days a monster snowstorm (which The Weather Channel labeled "The March Lion") had been forecast, with 12-18" predicted at one point.  However, it turned out to be a bust as only 3.5" fell (two inches yesterday, 1.5" today).  The reason for the letdown was that the storm developed further north than expected, sparing the City and New Jersey.  Long Island's Suffolk County, however, was walloped with 10-15" of snow.  The earlier forecast created a panic and many schools and businesses in the City were closed yesterday.

Bitterly cold, with a high/low of just 21°/11°, twenty-three degrees colder than average.

It was a good Sunday to stay indoors as rain began mid-morning and continued for the rest of the day.  Accompanied by lashing winds, rain fell heaviest between 4-11 PM when 1.30" came down; total for the day was 2.02".  Only four degrees separated the day's above average high and low (54°/50°).

A raw day with fierce winds under slate gray skies - but no precipitation fell.  Winds gusted between 40-55 mph.  This was part of a storm system to our south that brought heavy snow to the Midwest earlier in the week and was now producing significant accumulations in WV, MD and VA.

Sunny and quite cold, with a high/low of 31°/16°.  This was the third day this month with a sub-freezing high, the most in the month of March since 1984, which had five.

Following yesterday's 7.5" snowstorm, conditions today felt like Aspen as skies were a deep blue and temperatures very cold, with a high/low of 27°/12°, twenty degrees below average.  For the past six weeks there was snow cover in Central Park, which grew to 19" after yesterday's snowfall. 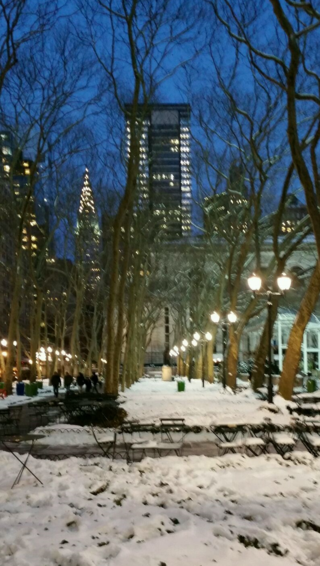 2015 - both February 6 and March 6 had the same high/low of 27/12. very rare for back to back months on the same date to have the same average mean temperature.

On March 9, 2001, an episode of ABC’s Who Wants To Be A Millionaire aired, and at the very beginning of the episode, the game show host said, “What a week we’ve had in New York City. We had the winter storm that never happened, and lately around here, we had the million dollar winner that never happened”. Also, at the very end of the episode, the game show host said, “Scott will be back here on Sunday night, and joining him will be ten people who will not get stuck at the airport”. Of course, by saying this, the host is implying that inclement weather won’t be a reason for someone getting stuck at the airport when arriving to the millionaire studio on Sunday night, unlike what was predicted to happen on March 6, 2001.