A Glance Back at New York's Weather: March 9

For the first time since Jan. 16, there was less than an inch of snow on the ground in Central Park.  During this nearly eight-week period 35.9" of snow fell.

The 5.3" of snow that fell today (beginning late in the morning) was the biggest snowfall of the winter.  The temperature hovered around 32° as the snow fell, which continued until 1 AM the following day.

The winter's last snowfall of an inch or more fell today.  Beginning this afternoon and continuing until a little past midnight, 4.2" fell.  And like today's snowfall in 1928, it was the season's largest accumulation - 0.2" more than the snowfall of Feb. 5-6.  In total, the winter had 17.3" of snow, nine inches below average (but 4.2" more than last winter).

Today's high of 43°, four degrees below average, was the mildest reading in six weeks (when the temperature rose to 58° on 1/26).

Snow moved in last night and by daybreak 6.9" had accumulated (5.1" of it today), making this the biggest snowfall of the winter.  It was a powdery snow, with just 0.38" of water content.

The temperature fell throughout the day, dropping from 62° to 23° shortly before midnight, one day after a record high of 76°.

It was a very cold day as the high/low was just 24°/11°, twenty-two degrees below average.  The morning low was a record for the date.

Today, with a high/low of 31°/16°, was colder than any day in February, and the coldest since 1/28.  Gusty winds produced "feels like" temperatures in the single digits and teens.

With a  low of 13°, this was the fourth day in a row with a morning low in the teens.  The average low of 14° during these four days was 21 degrees colder than normal.  This is the last time March had four consecutive days with lows in the teens.

Yesterday's wintry conditions, and four-inch snowfall, were a distant memory as today was sunny with afternoon temperatures in the mid-50s.

It was a day in which coats or jackets weren't required as the temperature soared to 77° (thirty degrees above average).  Not only was this a record for the date, it was also the earliest date for a reading this warm (broken two years later when the high on Feb. 21 reached 78°).  Today's high, reached at 2 PM, was a 33-degree jump from the AM low set just seven hours earlier (the biggest daily temperature change in more than two years).  And while the temperature in Newark warmed to 82° (its earliest 80-degree reading on record), the temperature got no higher than 61° at Kennedy Airport due to a breeze off the ocean.

After getting very close on 1/11 (high of 69°), today had the year's first high in the 70s.  Under sunny skies the mercury rose to 72° (twenty-five degrees above average).  This was two weeks ahead of schedule and the warmest reading since mid-October.  The day's low of 47° is what the normal high is for the date.

Under fair skies, the temperature rose into the 60s for the first time this year, about five weeks later than the typical date for this occurrence.  The day's high of 64° was the mildest reading since Thanksgiving Day (when the high was 65°).  The air was also quite dry, dropping to 23% during the afternoon. 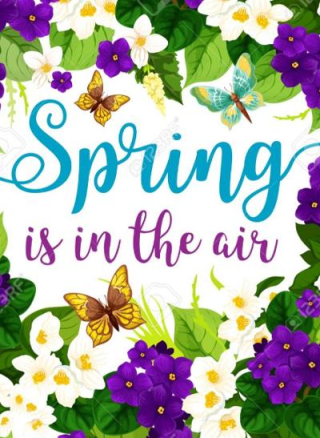