A Glance Back at New York Weather: April 12

Four days after back-to-back days in the upper 80s, today was the beginning of a week-long period with highs only in the low-to-mid-40s (average is in the upper 50s).  Besides a high/low of only 42°/37°, today also featured a cold rain that amounted to 0.98".

After a morning low of 50°, the temperature skyrocketed to 90°, the first 90-degree day of the year.  This was just three days after the low temperature was 25° (the fourth year in a row with a low in the 20s in April).  Both readings were records.  At the time, this was the earliest date on record for a 90-degree reading (since passed by April 8, 1991 and April 7, 2010).  Today was also the home opener for the Mets, played in temperatures twice as warm as the Yankees' home opener five days earlier (45°). 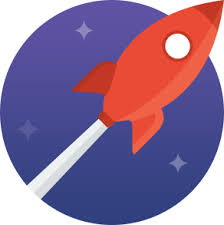 Yesterday's high temperature was a pleasant 64°, and tomorrow's would be a chillier 55°, but today was a brief taste of summer as the high rose to 80° - 21 degrees above average.

At the Yankees' home opener , the team received their World Series rings in weather that was sunny and breezy, with a chilly high of 50°, nine degrees colder than average.

The day before a 13-day streak of chilly weather began on March 30 (a period that was eight degrees below average), the high reached 69°.  And today, the day this chilly spell ended, the temperature once again topped out at 69°.

Not a great day for the Mets home opener as rain moved in after 2 PM and continued for the rest of the day (0.55" was measured).  Temperatures were in the low 50s.  However, the Mets scored early, and after taking a 10-0 lead, they held off the Braves to win, 10-6.

It was a gray, windy, raw and wet day (0.63" of rain fell) with afternoon temperatures only in the low 40s.  This was quite a contrast to the sunny and warm conditions three days earlier, when the high reached 82°.  Today's rain accounted for nearly half of the month's paltry 1.31" total (making it the driest April in 50 years - and fifth driest on record).

Although rain fell during nine of the month's first twelve days, it amounted to just 1.16".  Today, showers fell in the pre-dawn hours, amounting to 0.20".  Then skies cleared, making this the first day of a two-week stretch in which every afternoon had either sunny or clear skies and unusually low humidity.

Although today's high of 63° was only a bit milder than average, it was the warmest reading since Feb. 21's extraordinary high of 78°.