A Glance Back at New York Weather: April 2

Today's high/low was a winter-like 35°/24°, seventeen degrees below average.  The high was a record as the coldest reported for the date (a record that still stands).

This was the sixth day in a row with a low in the 20s.  The average reading during these days was 24°, fifteen degrees below average.  This morning's low of 22° was a record that still stands.

For the tenth year in a row measurable precipitation fell on this date - the longest such streak on record.  The amount of rain that fell today (during the late morning) was 0.09", and was the same amount that fell last year on this date.

Today was the last day of an eight-day stretch in which temperatures averaged 13 degrees above average - including back-to-back afternoon highs of 78° on March 29 and 30.  Average high/low during these days was 72°/51°.

Today's weather for the Yankees' home opener was very similar to last year's game as the high was a chilly 49° under mostly overcast skies.  This was the ninth day in a row with a high chillier than 50°.

Afternoon temperatures were in the seasonable mid-50s, but this was a 25-degree drop from yesterday's June-like warmth.  (Perhaps it was Mother Nature's April Fools prank?) 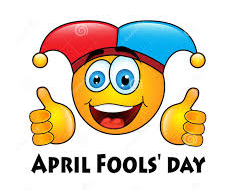 You neglected the monsoon-like back-to-back year storms of April 2, 2004 and April 2, 2005. In the latter, I was driving in a car back from NJ to NY through a flooded road after seeing the Nets lose a crucial game against the Magic. It was very scary, and thank goodness we were able to back out in time. The whole weekend of April 1-3 was full of ugly weather, then from April 4-9 there was beautiful springlike warmth each day. (I think we got up to 77 on April 7, if I'm not mistaken)

Thanks, John, for pointing out the nor'easter of 2005, which dumped 1.80" (mostly between 7AM and 8PM) along with high winds that gusted to 50 mph. However, there was no storm the year before, at least not in NYC, as just a trace of rain was reported.

1994 - today's high of 53° ended up being the chilliest day this month. this is the only April in the 1950-2017 period to have its chilliest high temperature be this mild.

perhaps of greater interest is the winter of 2018 was the fifth season in a row with 30"+ of snow. this joined the winters of 1881-1885 as the only two instances in which at least five consecutive winter seasons each had thirty or more inches of snow.

Regarding Henry's post about April 2, 2021. Including this one or more April days with a high temperature in the 30s has happened in only 6 years since 1945 (it was a bit more common before that).

For what it's worth, one month before earlier, March 2 was the coldest day of March, with a high/low of 33/21.