A Look Back at New York City Weather: April 8

Today's summer-like high of 88° was one degree lower than yesterday, but the mean temperature was much higher as today's low was 65°, while yesterday's was 46°.

Rain from yesterday's nor'easter turned to snow after 3 AM and by late afternoon 4.2" of snow was on the ground - yet the temperature never got lower than 33°.  This was the third significant snowfall in the past four weeks, a period in which 25" of snow fell, an unprecedented amount for so late in the season.  (Up until mid-March the winter had seen just eight inches.)  Not surprisingly, this snowy period was also cold, with temperatures six degrees below average.

At 69°, today was the first day this year with a high of 60° or warmer - tying 1915 for the latest date for this occurrence.  The last time it was this warm was nearly six months earlier (Oct. 20).

Today, with a chilly high/low of 47°/31°, was the fifth day in a row with a mean temperature 10 degrees or more colder than average.  As a whole, these five days were 13 degrees below average.

After showers at daybreak, the sun came out and for the second year in a row the Yankees home opener was played with temperatures in the mid-70s.  And like last year, the Yankees won.

Today's high was 50° (eight degrees below average), yesterday's was 51° and the day before that, 52°.  Today, however, had the most sunshine.

Today's afternoon high was a sizzling 90°, a record for the date and the first of thirty-nine 90-degree days this year (a record number of days that would be tied two summers later).  It was also New York's earliest date on record for a 90-degree reading - until 2010 (when the mercury hit 92° on April 7).  Today also happened to be the Mets home opener, played in the afternoon heat.

It was a cold start to the Yankees season.  This game tied the snowy one of 1996 as the coldest home opener in the 1970-2021 period, and was played one day after four inches of snow fell (the home opener was supposed to be played yesterday).  The temperature at game time was just 35°, twenty-three degrees below average, and more typical of mid-winter.  As a result just 33,000 fans showed up for the game as opposed to the usual sell-out crowd of 55,000.

Today was Easter Sunday and it was the coldest since 1940 as the high was only 41° after a frosty morning low of 30°.

It was a sunny and pleasant Easter Sunday, with a high of 67°, nine degrees above average.

Just two days after afternoon temperatures rose into the upper 60s, following temperatures that hovered around 40° the previous afternoon, today experienced a reversal as the temperature dropped from the upper 70s during the evening to 49° at midnight (the day's high was 79° around 4 PM).  This was the result of winds shifting from the west to the northeast. 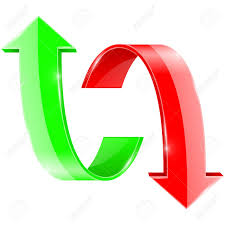 Skies were sunny, the reached 70°, and the Mets came from behind in the bottom of the ninth inning to win their home opener against Miami, 3-2.  As so often happens, the Mets had better home-opener weather than the Yankees, as skies were brighter, and it was about twenty degrees warmer.