The biggest snowfall of the "winter" occurred today on Easter Saturday as ten inches of heavy snow fell between 9 AM and 11 PM (with eight inches falling between 11 AM and 6 PM).  During the storm winds from out of the north gusted to 25 mph and temperatures hovered around 30°, producing wind chills in the teens. 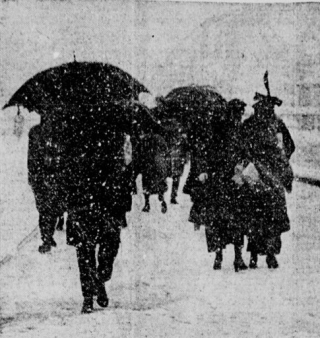 At 40°, today's high temperature was 42 degrees colder than the high two days earlier.  This high, sixteen degrees below average, was what the average low is for this date.

Close to two inches of rain fell during the morning, making this the wettest Easter Sunday on record.  Today's rainfall was also a record for the date, breaking the record that was set last year.  Besides the rain, it was also quite chilly, with a high of only 46°.

The temperature nosedived from 77° (twenty-one degrees above average) to 42°.  This drop in temperature was accompanied by high winds that gusted to 30-40 mph.

Rain that fell mostly during the morning hours ended with an early afternoon downpour that dumped 0.42" of rain in a 30-minute period between 12:37-1:07 PM.  And during this half hour, 0.25" fell in one five-minute period. 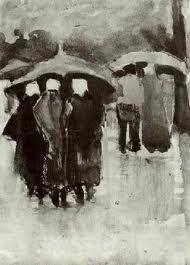 After yesterday's Yankees home opener was postponed due to a morning snowstorm of 5.5", today's rescheduled game wasn't played in great conditions either.  It was foggy, drizzly and cold (low 40s) throughout the game against Tampa Bay, which the Yankees won 11-4 on the strength of Didi Gregorious's two home runs and eight RBI.

Even the Aprils of 1975 and 2018 (which were both colder than April 2007) managed to have highs this mild in the first nineteen days during those two Aprils.