A Look Back at New York Weather: May 8

Today's chilly high of 56° (twelve degrees below average) came three days after a high of 90°.

This was the fourth day in a row with a high temperature of 69° (one degree above average).  And three of the mornings had lows of 53° (two degrees above average).

Today's high was 91°, the second day in a row with a record high.

It was a near-perfect Mother's Day, with a high of 74°, five degrees milder than average.  Bright sunshine in the morning gave way to a mix of sun and puffy cumulus clouds during the afternoon. 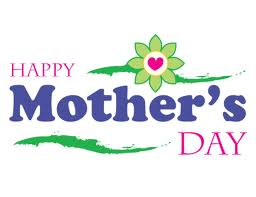 Nearly two-and-a-half inches of rain poured down during morning rush hour - twelve times the amount that fell in the previous twenty-five days (0.19").  Including additional showers that moved thru at lunchtime, 3.02" fell in total, equal to the amount measured during the previous eight weeks.  Manhattan was the bulls-eye for this torrential rain - the biggest rain storm since September 2011, and the most rain to fall in a 24-hour period in May since 1978.  Additionally, today's amount was a record for the date, breaking the previous one set in the 19th century. After having highs of 70° or warmer on the previous five Mother's Days (with four of the five in the 74°-83° range), today's was a chillier than average 65°, which made it the chilliest MD since 2010 (when the high was only 52°).  However, after a period of rain around daybreak, the sun broke through late in the morning and the afternoon was sunny, breaking a week-long streak of overcast skies.  And although today's high temperature was four degrees below average, this was the warmest reading since 4/25. A rare springtime incursion of Arctic air moved through during the afternoon, and by midnight the mercury had fallen to 36°.  This was a record for the date, the first May reading in the 30s since 1978 , and the coldest reading in May since 1966 (36° on 5/10).  Light rain fell during the PM hours, amounting to 0.45".  (It should be noted that the reading of 36° credited to today actually occurred shortly before 1 AM Daylight Saving Time on 5/9, but the NWS uses Standard Time year-round for its records.) Save