Today in New York Weather History: May 25
Looking Back at New York's Weather: May 27

Looking Back at New York City Weather: May 26 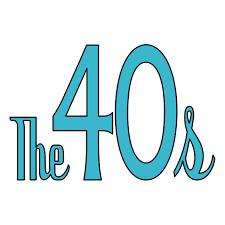 This was the thirteenth day of the past fifteen to have rain.  In total, 3.27" fell, with the greatest daily amount, 0.93", falling today from strong thunderstorms between 4-8:30 PM.

A brief, but severe, thunderstorm struck in the early evening on what was the Saturday of Memorial Day weekend.  Just 0.11" of rain fell but there was extensive tree damage.  Before the storm struck it was warm and humid, the warmest day of the month (high/low of 85°/66°).

This was the seventh day in a row in which the high temperature failed to reach 70°.  The average high during these days was just 61°, twelve degrees cooler than average - quite a contrast from the first four days of the month, which had an average high of 90°.

We were stuck in an unseasonably cool pattern that was similar to the one two years earlier.  Today, and the previous four days, were 11 degrees cooler than average.  Two days had a high/low of 56°/50° and two others were at 56°/51°.  Not only was today cool, but rainy as well, with 1.28" of rain measured (the most precipitation in a 24-hour period since the big snowstorm on President's Day).

Under clear skies, the temperature soared to 92°, making this the hottest day of the month.  At 11 PM it was still 85°.  And the full moon was shining beautifully.

Today was Memorial Day and conditions were very summery as the high reached 86°, after a low of 66°.  This was the eighth time in the past nine years that the temperature on Memorial Day rose into the 80s (last year, with a high of 73°, was the exception).  Since 2006 the average high on the holiday has been 84°, ten degrees above average.

With a high/low of 88°/67°, today was the warmest day of the month, which would end up being the second warmest May on record (behind 1991).  Today was also the beginning of the sixth week in which less than an inch of rain fell in total (going back to April 21).

Under sunny skies the temperature reached 90° for the first time this year, very close to the average date of the first occurrence of this reading.  However, because afternoon humidity was around 25% the "feels-like" temperature was 86°.  Interestingly, last May, which was the second warmest on record, had eighteen days in the 80s (including ten between 85° and 88°), but none were in the 90s.

For the fourth day in a row the low temperature was 56°, which was at the seasonal average.

Today, the Saturday of Memorial Day weekend, was very warm and humid, with a high/low of 89°/72°.  This was the fourth day this month with a high of 88° or hotter, making this the first May with this many days this hot since May 2000.

Today's conditions were warm and sticky.  Temperatures varied greatly in the area, as the high reached 86° in Central Park (and at LaGuardia), while Kennedy Airport was just 75°, and Newark Airport's high was 94° (its fourth reading in the 90s this month; CPK had none).  Rain showers in the early evening and around midnight produced 0.07" of rain, the most in two-and-a-half-weeks.  (Because severe thunderstorms were predicted, the Mets and Yankees postponed their games, but the storms didn't materialize.)