Today's high was 93°, making this the hottest Mother's Day on record. 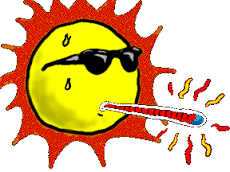 For the second day in a row the high temperature was a record 94°.

Today, with a high of 90°, was the first 90-degree reading of the year, three weeks ahead of the typical occurrence.  It was also the second hottest Mother's Day on record. 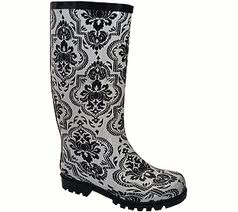 One year after more than two inches of rain fell on this date, 1.67" of rain fell, most of it from thunderstorms between 3-11 PM.

After three days in a row with highs in the 90s (and five of 85°+), today saw a return to reality as temperatures fell from 78° shortly after midnight to the mid-50s during the afternoon.  And then rain moved in during the evening, lasting until about 10 PM; 0.56" was measured.

The rain that fell mostly before daybreak made this the eighth day of the past ten in which measurable rain fell, totaling 1.84".

With a high of 83°, today was the first day this year to warm into the 80s - the latest "first 80" since 1997.  The air had a tropical feel to it and strong thunderstorms moved through at around 5 PM, accompanied by winds that gusted between 40-50 mph.

Today was Mother's Day and it was partly cloudy, warm and humid, with a high of 83°.  This was one degree warmer than last year's Mother's Day, and the warmest Mother's Day since 1993 (when the high reached 89°).

For the third year in a row Mother's Day had well below average temperatures.  This year, the low of 39° was the chilliest reading on Mother's Day since 1977 (low of 38°).  However, unlike the previous two years, skies were sunny and the temperature rose to 64°.  Although this was five degrees cooler than average, last year's afternoon temperatures were only in the mid-40s, and the year before that they were in the mid-50s.

to respond to Harry’s question, the answer is no. the Mays of 1891 and 1923 also had three days in a row with a low in the thirties.

William, just seeing your reply a year later LOL! Thanks for the info.

Interesting side note about 1963. The third low in the 30s that May occurred on May 24 and is the "latest in the season" low in the 30s recorded at Central Park.