Today was Mother's Day and it was mostly sunny and quite warm, with a high of 89°.

After the first twelve days of May were twelve degrees warmer than average (average high/low of 80°/58°) with no rain, the rest of the month would experience temperatures four degrees below average and receive two inches of rain (but still a below average amount).

A showery Monday morning (0.33") was followed by a raw and chilly afternoon.  This was the sixth year of the past seven in which rain fell on this date.  Today's high/low of 54°/45° was eleven degrees chillier than average.

This was the last of a seven-day stretch of splendid springtime weather, conditions that made it a delight to stroll along the streets of Manhattan.  Under sunny skies, temperatures each day were in the low-to-mid-70s, five degrees above average. 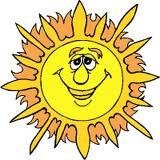 Today, with a high of 86°, was the eighth day this month with a high in the 80s.  These eight days were the most on record to occur in the first 12 days of May.  Between May 2 and today the average high was 80°, nearly twelve degrees above average, and more typical of mid-June.  In addition to these warm temperatures, it was also very dry.  Today was the 20th day in a row in which no measurable rain was reported, the longest such streak since one of 21 days in the spring of 2001.

A nor'easter brought a cold, all-day rain on Mother's Day.  Temperatures fell throughout the day, from the upper 50s just after midnight, to the 40s by daybreak, where they stayed for the rest of the day (bottoming out at 43° just before midnight, the chilliest reading on Mother's Day in the years since 1980).  This was just the second Mother's Day to have temperatures in the 40s for the entire afternoon (the other, in 1924, had temperatures in the 40s for the entire day).  And with 1.32" of rain measured (0.01" more than what fell the previous Sunday), this was the fifth time an inch or more of rain fell on Mother's Day (one of those times, in 1946, was also on 5/12). 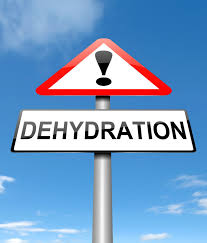