Today's high temperature reached 92°.  Not only was it twenty-one degrees above average, but a record for the date (which still stands), and the first 90-degree day of the year.

This was the 18th day in a row in which no high temperature was duplicated (the streak began on 4/30).  During these days, highs ranged from a chilly 48° to a blazing 90°.

3.35" fell during a rainstorm that began the previous day.  Rain fell for twenty-nine consecutive hours, and ended shortly before 10:00 this morning.  Today's rainfall of 1.09" was a record for the date, a relatively low amount for such a designation.  This is also the only time an inch of rain fell on this date since record-keeping began in 1869.

Today's high was 83°, the seventh day in a row with a high temperature of 80° or warmer.  The average high during this week was 84°, thirteen degrees above average. 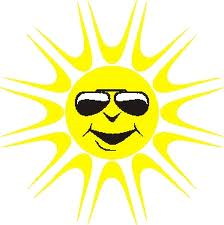 Rain fell for the eighth in day a row, the longest rainy streak since another streak of eight days in the summer of 2006 (and the thirteenth eight-day streak since 1900).  The rain that fell was minimal, 0.03", and came from light showers during lunchtime, and between 9:30-10:00 tonight.  This was also the seventh Friday in a row with measurable rain, and the ninth of the past ten.  In total 2.56" of rain fell during this streak.  Today's high of 76° was the mildest reading during the streak.

2017 was also the seventh year of the past eight to have its first 90° day of the year occur on a wednesday or a thursday. (June 23) 2015 was the exception when the first 90° day occurred on a tuesday.

Reminds me of Major League Baseball's website where you can see the records of every team by day of the week. Somewhat similar to what you did, last winter I did an analysis of the days of the week most likely to see snowstorms (10" or more, going back to the winter of 1960). What I found was that Wednesday was the least likely day to get a big snowfall while Friday, Saturday and Monday were tied for most likely.

there have also been seven 9-day streaks of measurable precipitation since 1900 (most recently in the summer of 1978 ... and 1915 had two of these such lengthy streaks, one in January & one in August).