Today was the tenth day this month with a low of 48°.  While this reading was close to average at the beginning of the month, it was ten degrees cooler than average by this time of the month.  (However, today's high rebounded to 74°, which was average for the date.)

The 0.18" of rain that fell tonight between 11PM and midnight made this the 19th day with measurable precipitation this month, tying December 1972 for the second greatest number of days on record (the most days occurred in July 1871 and May 1888 - 20).  However, despite this large number of wet days, the month's total precipitation (4.51") was average for May.

2.19" of rain fell today, the third day in a row in which more than an inch of rain was measured.  Significant rain fell last year on this date as well (1.11").

Today was the hottest day of the year, with a high/low of 97°/74°.  This was the hottest temperature in May since May 29, 1969 when the high was also 97° (that year's  hottest reading as well).  Today's sizzling high was a record for the date, breaking the previous record set just last year (94°). 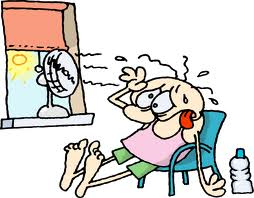 Today's high of 79° was the warmest temperature of the month and only the second time in twenty-five years that May had no readings of 80° or higher.  (It would happen again in 2005.)

For the sixth year in a row Memorial Day (Monday) had an afternoon high in the 80s.  However, a quick downpour at daybreak was the first rain to fall on this Monday holiday in six years. 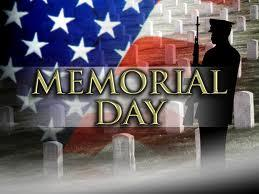 A very small amount of rain fell in the morning (0.01"), making this the eighteenth day in May in which measurable rain fell.  This was the most days of precipitation in May since 1973.  Despite this surplus of rainy days, the month's rainfall wasn't far from average - but it was the first month this year to receive an above average amount (5.38 vs 4.69 inches).

Today was the first 90-degree day of the year, coming a few days after the average date for this occurrence.

Today was the fifth day of the past six to have a high of 85°.  It was also the 17th day this month to have temperatures in the 80s, tying May 1991 for the May record (the record was broken the next day).  Besides May's warm temperatures, dry conditions also continued as the number of consecutive days in which less than an inch of rain fell (in total) reached 40.  Although a significant number, it was half as many days as the record of 81 days in a row set in the summer of 1999.

Moisture from tropical storm Bonnie brought bands of heavy rain before 7 AM that amounted to 1.65" (nearly an inch fell between 1 and 2 AM).  This amount made it the second rainiest Memorial Day on record (rainiest was in 1948 when 2.49" fell).  It was more than what fell in the entire month of March (1.17") or April (1.61"), and was the most precipitation to fall in one storm this year since the big blizzard on 1/23 (when 2.37" was measured).  Despite this impressive amount, the area was spared more heavy rain in the afternoon as the storm stayed offshore.  This allowed the sun to break through and the temperature rose into the low 80s, making this the tenth Memorial Day of the last eleven to have a high in the 80s.

Today and yesterday both had a high/low of 81°/67° (eight degrees above average).  But, whereas yesterday was on the sticky side, with afternoon dew points in the upper 60s, today was noticeably more comfortable, with dew points in the afternoon down into the upper 40s.  And it also had a lot more sunshine.  Yesterday and today were also the first back-to-back days with highs in the 80s, about three weeks later than usual, and the latest since 2013.

2015 set a new May record for the most days with a high of 85° (seven). the previous May with this record distinction was in 1998, when there were four such days.

also in 2019, this was the wettest May since 2013 (when 8" fell) and the eighth wettest May since 1970. there were 68 days with measurable precipitation through May 31 this year, the most in the first five months of a year since 1950 when there were 74, but this year had roughly eight more inches of precip (21.96" vs 13.75"). 2019 experienced an unprecedented occurrence as two consecutive months (April and May) each had 18 or more days of measurable precipitation.