Today's high of 93°, a record for the date, was the hottest reading of the entire year, and came more than three weeks earlier than the typical first 90.  This was the first of just seven 90-degree readings in 2000, well below the average of seventeen. 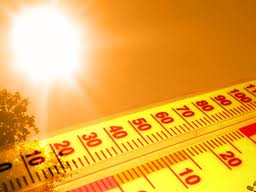 Today was the the second day of the past three to have humidity that dropped to 16% during the afternoon.  The last time humidity was this low in May was in 2007.  And back then it also happened on two days (5/3 and 5/13).