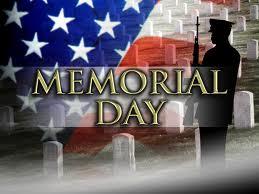 Chances are good that rain will fall on at least one of the days of the three-day Memorial Day weekend, with Memorial Day (Monday) being the day most likely to receive significant rain; however, one-third of the weekends have been completely rain-free.  Weekends averaging a high of 85° or warmer have occurred in six years: 1981, 1985, 1988, 1991, 1999 and 2016.  Readings in the 90s have been rare, occurring six times on Saturday, but never on Sunday or on Memorial Day (observed on Monday since 1971).  On the flip side of the coin, Memorial Day weekends in 2003 and 2021 were the dreariest and chilliest, with the average high temperature only in the upper 50s over the three days. 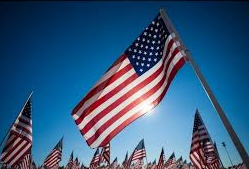 2022 (May 28-30) - Despite receiving buckets of rain in less than an hour from a severe thunderstorm in the early afternoon on Saturday, the weekend , overall, had very pleasant conditions, with plentiful sunshine beginning mid-afternoon on Saturday and then wall-to-wall sun on Sunday and Monday.  Weekend temperatures were slightly above average, with the weekend's high/low averaging 78°/62°.  Memorial Day's high of 84° was the warmest high temperature on the holiday in seven years.  And it was the fifth year in a row in which no rain fell.