It was a beautiful Father’s Day despite it being ten degrees cooler than average (high/low of 73°/54°), along with a stiff breeze that persisted throughout the day (but not as windy as yesterday, which had wind gusts of 30-40 mph).  This was the first Father’s Day since 2012 not to have a high of 80° or warmer (when the high was also 73°).  And the last time the low temperature was this chilly on Father’s Day was in 1958.  Furthermore, humidity late in the afternoon dropped to 25%, which was comparable to the humidity level on Father's Day 2018. 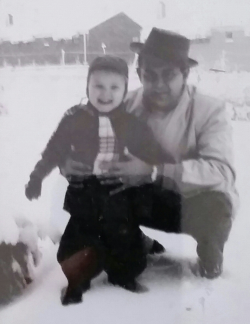