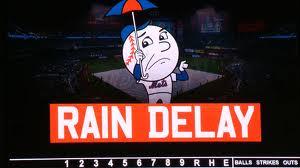 It was a beautiful day for the ticker tape parade held in Lower Manhattan to honor Charles Lindbergh after his non-stop flight across the Atlantic Ocean.  Skies were mostly sunny, the humidity was low and the high/low was a seasonable of 77°/60°. 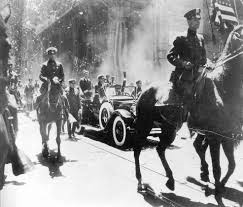 It was a damp and very cool day as 1.65" of rain fell and the high was just 55°, twenty-three degrees below average.  Only three degrees separated the high from the morning low.

I was at the Waverly Theater in Greenwich Village watching Ghostbusters when a fierce thunderstorm struck between 5-6 PM.  (For a while the thunder outside coincided with a scene in the movie with thunder and lightning.)  Before the storm struck it had been a stifling hot afternoon, with a high of 94°. 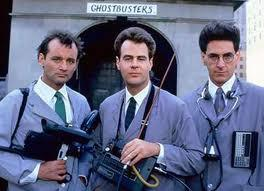 1.16" of rain poured down in a two-hour period during a thunderstorm in the wee hours of the morning (2-4 AM).

Just two days after a sweltering high of 92°, today's high was an autumn-like 60°.

The day was dreary, cool and wet, with two periods of heavy rain, one in the morning between 9:30 and 11:00 and the second in the evening.  In total, a little more than an inch of rain was measured in Central Park, bringing the month's total rainfall to more than nine inches.  Coming after eight inches of rain fell in May, this was only the seventh time NYC had experienced consecutive months with eight inches or more of precipitation.

Heavy showers moved thru around 9 AM, and a severe thunderstorm struck between 5:45 and 7:30 PM.  In between, during the afternoon, the sun broke through for the first time in five days.  The 1.28" of rain that fell came one year after 1.26" fell on the same date.

I remember June 13, 1982 well. A good friend/co-worker of mine and his wife (newlyweds) had a housewarming party on Long Island. 50 of us spent a shivering day outside under a big party tent, with no chance at all of going in their beautiful new pool.

I've just sent him an E-mail (they have retired to Florida recently) reminding him that it is the 33rd Anniversary of that miserable day.

Thanks for jogging my memory, I hadn't thought about that day for years until I saw your post.

One of those situations, not very pleasant at the time, where you think, "In the future, we'll laugh about this!"