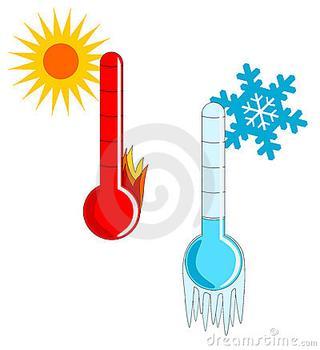 A typical month in New York experiences a 45-degree range in temperature between its coldest and warmest reading.  The range has been as small as 24 degrees (July 2004) and as great as 72 degrees (April 2002).  March, on average, sees the largest temperature range (52 degrees) while August has the smallest (35 degrees).  Some other observations:

The following chart shows each month's average temperature range as well as its average coldest and warmest temperature.