An Outdoor Super Bowl in the Northeast - How Cold & Snowy Might it Be?
I Luv Ya Jim Cantore, But ... The DirectTV-Weather Channel Kerfuffle

A reader recently asked if there have ever been any winters in which February was colder than January.  While it's not the norm, it happens occasionally.  Actually, more often than occasionally - 57 times, or nearly 40% of all years since 1869 (and it happened last winter).  In fact, New York's all time coldest month occurred in February 1934.  Perhaps of greater interest is the fact that there have been 17 winters in which December was the coldest month, the most recent being December 2005.  But the biggest anomaly of all occurred in the winter of 1960, when March was the coldest month!

For the most part, when February and August were colder/warmer than January or July it was when January was milder and July cooler than average.  However, there were six winters when both months were colder than normal (the most recent being in 1978).  And there have been four summers in which both months had above average temperatures (most recently in 2005). 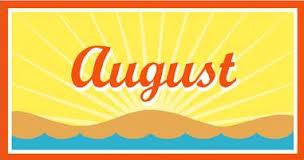