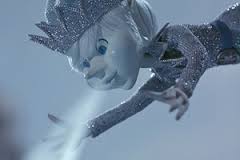 An average New York winter has 18 days with high temperatures of 32° or colder (20% of its days).  Since 1970 the number has ranged from as few as three, in the winters of 2002 and 2020, to as many as 45, in 1977 (half of that winter's days).  Being that it's winter suggests that cold conditions would predominate, when, in fact, there aren't nearly as many of these cold days as there are days entirely above freezing (18 vs. 34).  However, there have been nine very cold winters in which days of freezing weather or colder outnumbered the milder days.

(The winter of 2015 isn't on the chart above because, despite its frigid February, December was the mildest on record, and the winter ended up with 25 cold days and 27 mild ones.)

By month, only one January since 1970 had no freezing or colder days, and that was in 1990 (after one of the coldest Decembers on record).  The most such days, 25, occurred in 1977.   Meanwhile, three Februarys had no days of 32° or colder; in December it's happened eight times.

Finally, although they occur infrequently, November and March (which fall outside of "meteorological" winter) occasionally experience days with highs of 32° or colder.  While March sees one of these days once ever one or two years, in November it happens just once every seven years.  And no November has had more than one of these cold days (with the winter of 2013-14 being the most recent), while in March the most was six, in 1978, and five in 1984 and 2017.  The winters of 1990 and 2009 have the distinction of being the only ones book-ended by days at freezing or colder in both November and March. 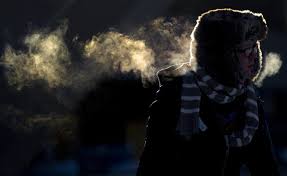 Tags: number of cold days in the winter, number of high temperatures below freezing in New York