June 2014 Weather Recap: No 90-Degree Days, But Warmer Than Average 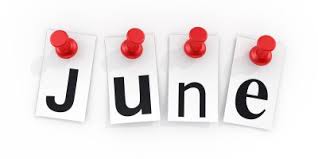 2014 is the first year since 1985 to have no 90-degree days during its first six months.  And June joined eighteen others since 1872 with no such days (a typical June has three).  But despite this lack of "hot" days, June 2014 was 1.0 degree above average.  (Its mean temperature was similar to that of the previous three Junes, which had three to five 90-degree readings.)  In fact, it was the warmest of any of the Junes without 90-degree readings.  Here are the five warmest:

Besides having no 90-degree days, what made this June stand out was that it had only three days with lows in the 50s (the average number is eight).  Since 1970 only June 1981 had fewer (two).

What also made June 2014 interesting was the fact that it had an unusually high number of days with daily mean temperatures that were close to average.  In a typical month six days have a mean temperature that falls between one degree above and one below average.  This June had 13 such days.  No other June since 1970 (as far as I went back) has had that many.  And only one other month had more, July 1975 with 14.

Additionally, of the days with cooler than average temperatures, the most below average was just -4 degrees (there were three such days), whereas there were above average days of +7 (two), +8 and +11.