Drawing up a list of memorable weather events is a relatively easy task.  Ranking them is what poses a challenge (and deciding which to leave out).  To help me determine my rankings of New York's 100 top weather stories since 1970 I used the following criteria: 1. degree of disruption and destruction caused; 2. duration of the event/how long-lasting was its impact; 3. extremes of precipitation or temperature; 4. uniqueness, or how unseasonable; and 5. national media attention.  As you'll see the stories include events that occurred on a specific date as well as those that covered a week's time, a month, multiple months, even a year.

Rather than overload you with all one hundred at once, this post shows those that rank #76 and #100 (starting with #100).  This first group shouldn't be interpreted as the "losers" since nearly 250 stories/events were considered.  For the most part they are ranked lower because they caused a lower degree of disruption to day-to-day life.  (Since writing this post in the summer of 2014 a number of weather events have occurred that will replace some of the stories in the top 100 in an update planned for the near future.)

On July 15, the opening of the third night of the convention (at Madison Square Garden) was delayed by a strong thunderstorm that moved in after 4:30, and continued for two hours (0.89" of rain fell, with 0.37" falling in the ten-minute period between 6:37-6:47).  The storms were triggered by a cold front moving into hot/humid air; the high that day had reached 92°.  And while it was just a run-of-the-mill storm, it merits a top-100 ranking due to its disruption of the convention. The latest date for a 90-degree reading in October is the 17th, which occurred in 1938, but another late date for a high almost as hot occurred five days later in 1979,  when the high on the 22nd reached 88° (27 degrees above average).  Fortunately for runners, this hot temperature came the day after the running of the NYC Marathon - which was still run in the warmest temperatures in race history, as the high reached 80°.

4.8" of snow fell on Dec. 27, and two days later the high soared to 70°.  Ironically, since the month overall was very mild, it was the snowfall that seemed out of place.

Between 10 PM-1 AM on July 17, 1995, 3.36" of rain flooded the City.  At its most intense, two inches fell in an hour.  That evening, a Monday, I was at a performance of Hamlet at the Belasco Theater on West 44th St.  Shortly after the second half of the performance began, water started dripping steadily onto the stage.  When the show was over, many in the audience tried to wait out the storm in the theater lobby, but we were eventually shooed out by staff.  (This would have ranked higher if it happened five hours earlier during rush hour.)

On the evening of Sept. 10, a cold front produced strong thunderstorms, and ushered in a dry air mass.  The clear blue skies that greeted the City the morning of 9-11 served as the backdrop for the horror that was about to unfold.  This fine weather is inextricably linked with the day and is often commented upon whenever New Yorkers talk about their memories of 9-11. 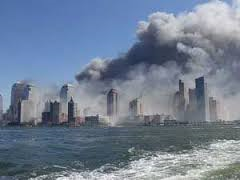 This deluge on April 9, 1980, totaling 3.49”, was made worse by the fact that two inches of it poured down during that day's evening rush hour - in the midst of NYC’s transit strike.  There were a lot of unhappy pedestrians out on the streets (I was one of them) who got soaked while walking home, since there were no buses or subway cars to stay dry in.

Each day was sunny, quite warm, and with relatively low humidity.  High temperatures were 87°-88°-89°, thirteen degrees above average.  Of course, there have been other nice holiday weekends (1991 was even hotter), including Labor Day, but this one stands out because of bright sunshine each day, and comfortable levels of humidity.

In the midst of a very harsh winter, Lady Luck shined on the NYC area on Feb. 2, the day Super Bowl XLVIII was played in northern New Jersey (the first time a Super Bowl was held in an uncovered stadium in a northern climate).  Amazingly, skies were sunny, and the afternoon temperature rose to 56°, the mildest day in February.  However, winter returned with a vengeance the next day, with an eight-inch snowfall. 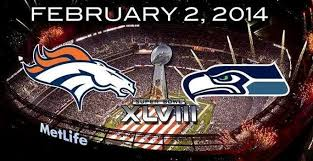 A nor'easter and an Arctic front worked together to produce wild conditions in the PM hours of March 8, 2005.  Although precipitation was far from excessive, the pressure gradient between the two systems produced gale force winds of 40-50 mph.  Rain changed to snow that accumulated 1.5" in the afternoon (and 4-5" in the suburbs), creating a commuting nightmare on this Tuesday evening.  Temperatures fell from 57° in the pre-dawn hours, to 18° by midnight.  The howling wind alone would make walking a challenge, but combined with surfaces that had turned to ice, and you had near impossible conditions.

On March 13, 1990 the temperature soared to a summer-like 85°, 36 degrees above average.  (Three years later on this date, the City was buried by 10 inches of snow from the March Superstorm).  Then, overnight, the winds shifted to the northeast, and the temperature the next day got no higher than 46°.  Then, on the 15th and 16th, the warm front responsible for the warmth of the 13th, moved north of the City again, and record highs of 77° and 82° were reported, respectively.

July 4th 1981 was this summer holiday's rainiest on record, with 1.78" falling between 11 AM and 8 PM.  However, the rain ended in time for the Macy's fireworks exhibition on the Hudson River.  A close second in dreariness on 7/4 came was three years earlier, when 1.19" fell during the morning (after 1.72" fell the day before).  And despite a dry afternoon, overcast conditions and a damp breeze off the water produced a high of only 62°.

April 30 was one of three calendar dates that had never had a rainfall of an inch or more.  That more than ended in 2014, when nearly five inches poured down, with more than half of it falling after 6 PM.  The 4.97" that fell was the ninth greatest daily amount on record (now ranked tenth).  Besides the rain, it was also a very raw day, with temperatures only in the 40s.  Then May 1 dawned bright and sunny, and the afternoon temperature soared into the upper 70s. 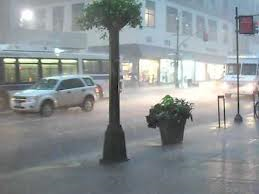 84. August Day in 2007 Bares No Resemblance to Dog Days of Summer

A summer day is considered cool if it has a high in the mid-70s, but August 21, 2007 wasn't close to that, as the high was only 59° - only the second time a temperature this cool was recorded in August (the other occurrence was in 1911, on 8/31).  This was 23 degrees below average and more typical of the second week in April.  It was a gray day, with winds off the ocean and a steady all-day rain that amounted to 1.27".  The low, fortunately, was only three degrees below that.  And one other saving grace was that it happened on a weekday.  The temperature the next day "recovered" to 65°.

The day of NYC's third major blackout, beginning mid-afternoon on Aug. 14, 2003, was sunny with a high of 91°.  Although not as torrid as the day of the July 1977 blackout (ranked higher), it still made a night without A/C, fans, or ice pretty unbearable.

A blast of extremely cold Arctic air moved through on Christmas Eve night, dropping the temperature from 20° at midnight on Christmas Day, to one below zero at daybreak.  If the air temperature wasn't bad enough, 40-50 mph winds produced wind chills around -25°.  This was the first sub-zero temperature in December since 1942 (and there have been none since). 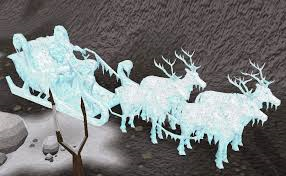 Although just 11.8" of snow fell during the winter (normal is 28"), almost all of it fell on Feb. 4, making it memorable.  A winter storm on this Saturday dumped 10.8" of heavy, wet snow that fell at a furious pace during the morning hours (nearly half of it fell in the three hours between 6-9 AM).  Before the precipitation ended, it changed to rain for a few hours in the early afternoon, when temperatures rose into the mid-30s.  Then Arctic air moved in after dark and transformed streets and sidewalks filled with snow and slush into blocks of hard ice. 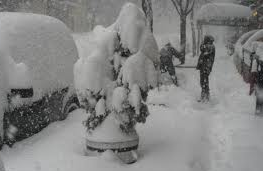 That's what The Weather Channel billed it as.  However, predictions of 12"-18" of snow on March 5-6, 2001 came to naught when the storm developed later and further north than expected.  Only the eastern half of Long Island received appreciable snowfall (NYC picked up 3.5" over two days.)  However, because of the dire forecast, City schools were closed on Monday before the first flakes fell, and many businesses told employees to stay home, or let them leave early.  It's the disruptions caused by this dud of a storm that powered it onto the top 100.

Fascinating write up! Thanks for doing this. Having lived in the NY Metro area all my life, so many of these dates bring back memories.

In particular, 1/21/85 was the date we moved to NJ (from Brooklyn) into our first house...and were greeted by frozen pipes and a flood in the basement. And 9/11/83, driving home from a brief Vermont Vacation (it was in the 90's there too), endless bumper to bumper traffic in The Bronx, my wife 7 months pregnant with our first child, and our car air conditioning not working.

Looking forward to the rest of it. Any chance you will make this available as a PDF when it's finished? It's a great keepsake.

Thanks for sharing your memories, Ken. For some reason I decided to take my first bike trip across the Brooklyn Bridge on that hot day in Sept. 1983. (Back when I was in my 20s I'd regularly bike and jog in the afternoon heat.) Your pdf suggestion is a good one, if only I was more adept at those type of tasks. Another cool feature would be to have the post in a format that would allow the reader to re-rank as he/she saw fit.